It’s hard to overstate how much I was looking forward to seeing Once Upon a Time…In Hollywood, the newest (and supposedly last) movie from writer/director Quentin Tarantino. Having been a fan of almost all of his movies, counting more than one as masterpieces, I couldn’t wait to see what he would do with this one, especially when I heard the setting would be Los Angeles in 1969. Yes, Brad Pitt and Leonardo DiCaprio starring was the big headline for this movie, but, for me, to see Tarantino, a self-proclaimed film geek who spent years working at a video store in 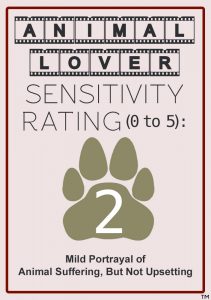 Manhattan Beach before becoming one of his generation’s great auteurs, finally making a movie that is an homage to what he really loves—that was something to look forward to. So I avoided all trailers, all articles, all Twitter talk as much as I could before settling in on opening night in a sold-out theatre, apparently filled with people just as excited as I was.

Here’s how much I was looking forward to this movie: when they announced that the running time was going to be a whopping 2 hours and 40 minutes (the average movie these days is about two hours, ten minutes long), I was so happy. For me, it meant getting to spend more time in the world Tarantino was going to create. That’s how optimistic I was.

And that’s how right I was.

I loved this movie. But not for the reasons I thought I would. Generally, Tarantino’s strength is in the writing. Every other film of his has featured dialogue above everything else. For all his visual pizzazz and directorial brilliance, he is still best-known for that rapid-fire, rich and colorful dialogue that resonates and carries you through. To wit: Tarantino has won two Oscars, not for directing, but for writing. It’s always been about the writing. But not here. In OUATIH, the dialogue is not the driving force of the film. In fact, the dialogue is pretty pedestrian, at least compared to other QT movies.

So then it’s got to be the acting, right? Great dialogue usually is paired with great performances, and every other Tarantino movie has featured memorable performances. Don’t forget that Christoph Waltz has TWO Oscars in 3 years from playing Tarantino characters. Dialogue and acting always go hand in hand in a QT movie. And yet, in OUATIH, neither one rises to the occasion. Don’t get me wrong, the performances are fine, but there’s nothing and nobody that jumps off the screen.

So, if the acting is ordinary and the dialogue is minimal, how on earth could this be a Quentin Tarantino movie and, more important than that, how could it be good? Because it’s not just a Quentin Tarantino movie. It’s every Quentin Tarantino movie. OUATIH is not only an homage to Hollywood, but it is an homage to his own catalog, a delectable smorgasbord of QT references and easter eggs, a true Tarantino fan’s wet dream. As a voracious re-watcher of three of his movies, Inglourious Basterds and Kill Bill, Volumes 1 and 2, I myself spotted many references and homages to people, places and elements of those movies (and they are glourious). I can only imagine how many other movies of his own he referenced that I didn’t notice.

It feels like Tarantino was in a sandbox, playing with art, time and history, crafting a beautiful love letter to the town and industry he loves, and having an absolute blast doing it. While all of Tarantino’s movies have funny moments, I don’t remember laughing so hard or so often during a QT movie as I did with OUATIH. It’s so funny, I dare to call it a drama. In fact, it’s so charming, I dare to call it a Quentin Tarantino movie. Not only is he clearly having fun, he’s being sentimental. It’s absolutely intoxicating.

But you do not have to be a Quentin Tarantino fan to appreciate OUATIH. All the other things that make this movie great are universal. You’ve got two of the biggest movie stars in the world (Leonardo DiCaprio and Brad Pitt) playing charming, flawed and funny characters in a movie that’s colorful, layered and ominous. It subverts expectations and expands imagination. It’s existential while seeming to be void of any depth at all. It seems that Quentin Tarantino might finally have grown up and made a movie for everyone. If he does decide to hang it up, this would be the perfect one to go out on. (Thank goodness it wasn’t The Hateful Eight.)

The setting is Los Angeles, 1969. The Golden Age of Hollywood is ceding its glory to television and advertising is rapidly taking over as the shaper of social norms. It was the year of Woodstock, Stonewall, putting a man on the moon, the Vietnam draft, Chappaquiddick and Manson. While ’68 was the summer of love, ’69 suffered its hangover, as hippies were no longer harmless counterculture, but a perversion of the American ideal. Of course, in Hollywood, the most insular town in the world, not much mattered except egos, call times and pool parties. DiCaprio plays Rick Dalton, a soon-to-be washed up television actor, clinging to the last vestiges of his middling career. His best friend/assistant/stunt double, Cliff Booth (Pitt), is struggling against his own demons and trying to stave off retirement. We also meet actress Sharon Tate (Margot Robbie), who lives in the much-swankier house next door to Rick with her Oscar-nominated director husband Roman Polanski. With the reveal of Tate and Polanski as characters, there is a sense of dread that settles into the movie early on, one that ends up sitting there, like a lump in the back of your throat, one that Tarantino masterfully massages.

The first half of the film is spent just settling us into these characters and this place. It’s a master class in exposition, taking its time to introduce us to who they are, what they do and where they live. Even if there isn’t a story in this movie (there hardly is one), it doesn’t matter, because the best part of the movie is just being immersed in this time period in this place with these people. The detail in every shot is incredible, as 1969 Hollywood is lovingly re-created to perfection. I am looking forward to seeing it again, just so I can take more note of every detail that fills each frame.

What Tarantino is also establishing in the first half of the film is the hierarchy of our characters, which reflects the hierarchy of society, especially in Hollywood. At the top of the stack is Tate, with her glamour and rising star status. Next is Rick, the B-list role player who is desperate to maintain his status in the studio system before he ages out. And at the bottom rung is Cliff, the hanger-on who realizes his career has passed him by.

But there is another element here, and that’s the dark and seedy underbelly that existed in Los Angeles in 1969, one that Cliff, the lowest on the Hollywood food chain, was closest to. He crosses paths with a group of hippies who have taken over an abandoned film set in the foothills of Los Angeles. We come to understand that these lost souls are the Manson family.

So, if you were wondering, as I was, when this colorful, bright and sentimental movie would take its natural Tarantino turn to darkness and violence, you can imagine it would be with the introduction of the Manson cult. But it’s here that the movie becomes truly invigorating and more than a postcard, reminding us that Tarantino is a storyteller as much as he is a filmmaker. And if you want to know how this story ends, you’ll have to see the movie yourself (it may not be what you are expecting).

But let me tell you this much: OUATIH is surprising, sumptuous and awesomely satisfying. It is an exhilarating and intriguing blend of fact and fiction, history and fantasy, humor and dread, light and dark. It is art and it is pure entertainment. It is everything you want a Tarantino movie to be and so much more. While the performances are universally engaging, what makes this movie truly memorable is the atmosphere, vibe and mood that is created by everything from the costumes (Arianne Phillips) to the special effects to the art direction to the immaculate production design by Barbara Ling. Tarantino’s love letter to Hollywood is everything I’d hoped it would be. I’m not ready to say it’s Tarantino’s best film, but Once Upon a Time…in Hollywood could just be the perfect Hollywood ending for a director who has only himself to live up to.