We all have an image in our heads when we think of those classic monster movies, those hilarious distractions that we would find on our TV as we would channel surf on a lazy Saturday afternoon, the cheesy, black-and-white movies with a big creature stomping around on a model supposed to be a city, inspiring equal parts amusement and curiosity. Far from the more familiar, human-based monsters like Frankenstein or Dracula, these animal-based creatures were rawer and simpler in their destructive appetites, not needing us to engage as much on an intellectual level, intentionally silly, yet just menacing enough to get drawn into the struggle to defeat them.

But there was something uniquely appealing about King Kong and Godzilla, the undeniable masters of the monster genre, as their existence and rage became a metaphor for humanity’s destruction of the natural world. We got what we deserved in these creatures, as their destructive force was the inevitable result of our careless treatment of the planet. Our insatiable appetite for versions of their story, in all media, makes me wonder what that says about us, about our self-awareness, about our own sense of existential dread. 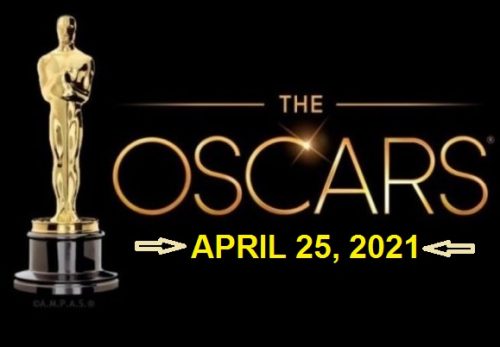 My notes on this year’s Oscar nominations:

ONE AT A TIME, PLEASE
The whispers that the Academy can only praise one black-centered movie at a time seem to have been proven true. After a stellar year for feature films telling black stories, made by black artists, it seemed like there were at least four films that had a legitimate shot to earn multiple Oscar nominations, including Best Picture. And even though all four films did earn nominations, only Judas and the Black Messiah made the Best Picture cut, which, for me, was the biggest shock of the day. The fact that One Night in Miami (3 nominations), Da 5 Bloods (1 nomination) and Ma Rainey’s Black Bottom (5 nominations) aren’t in the Best Picture conversation is scandalous. While it is great that Judas and the Black Messiah did earn 7 nominations, including that Best Picture nom, the omissions prove the Academy still has a ways to go.

Broadway may be shut down, but we have had no shortage of plays and musicals on the big (now little) screen this Oscar season. Stage adaptations have been everywhere, from The Prom to The Boys in the Band and the strong Oscar players One Night in Miami, Ma Rainey’s Black Bottom, and Pieces of a Woman. There are inherent limitations in bringing a play or musical to the screen, and some are more successful than others in being able to widen the scope and make an audience feel as if they are in a fully-realized world, instead of a closed set with three walls.

It is perhaps the strangest then, that the most successful stage-to-screen adaptation this season is from a first-time director, a playwright who is actually

making their directorial debut. Florian Zeller is a French playwright who has had three of his films adapted for the screen, all of them in French, but he has never directed any of his own play adaptations until now, with The Father, starring Anthony Hopkins and Olivia Colman. So not only is Zeller contending with making a film in English instead of French for the first time, but he’s also learning on the job how to tell a story that was designed to be told in one closed location in a way that doesn’t make the film audience feel restricted. While all of the other stage-to-screen films this season have struggled with this expansion of their world (with the exception of The Prom, which had other problems), The Father cracked the code, as Zeller has delivered not only the best film adaptations of the season, but one of the most effective, moving and, dare I say, cinematic films of the year.

While this may not be the perfect time to watch a movie about terrible people doing terrible things to innocent people, it’s always the perfect time for a movie as fun and twisted as I Care a Lot is. Cynical in all the most entertaining ways, this is a film that hollows out your soul and fills it with a mouth-watering blend of cruelty, revenge and dark comedy, wrapped in a camp coating that will leave your mind blown and your gut ravaged. And you’ll love every second of it.

Written and directed by J Blakeson and starring the deliciously glorious Rosamund Pike as Marla Grayson, a ruthless professional guardian who takes advantage of elderly people in order to swindle them out of house and home, I Care A Lot is a black comedy in every sense of the word. There are times you have to really look for the humor, but it’s there, mostly embedded in the “she can’t really DO that, can she??” elements that are scattered throughout. Even as she does everything by the book and claims to act within the boundaries of the law, Marla is still a self-proclaimed predator who cons every one of her elderly clients into financial and physical submission, never above bribing and threatening.

It’s taken Robin Wright a long time to get here. After breaking into the industry over 35 years ago, the veteran actress has finally taken her seat in the director’s chair and her first feature film, Land, premiering at Sundance Film Festival, is an impressive albeit safe debut.

Written by Jesse Chatham and Erin Dignam, Land stars Wright as Edee, a woman who we first meet in a therapist’s

office, obviously depressed and trying to learn how to deal with an unnamed tragedy in her life. The next thing we know, she has packed up everything she owns, rented a car and a U-Haul trailer and moved to a remote cabin in the Wyoming wilderness, to live by herself, away from civilization, but, most important of all, away from any other human. Whatever it is she’s trying to escape from or shut out, she obviously feels that isolating herself from life is what she needs to heal the deep core of pain that has seemingly swallowed her whole.

Waterston and Affleck play Abigail and Dyer, a young farming couple who become emotionally detached from each other after the death of their 5-year-old daughter. When they meet new neighbors Tally and Finney (Kirby and Abbott), a new energy is injected into Abigail as she and Tally develop a fast friendship. As the friendship blossoms into a relationship that turns sexual and their husbands grow increasingly suspicious and jealous of their wives’ connection, Abigail and Tally go to great lengths to protect their newfound love.

The giants of the Civil Rights movement of the ‘60s could be considered America’s original Avengers, and perhaps there is no better representative of their collective might than Aaron Sorkin’s The Trial of the Chicago 7, a film that highlights both the struggle and the power of the resistance during one of this country’s darkest times. Of all the superheroes of American history portrayed in Sorkin’s protest epic, it is unexpected that the first one to garner their own origin story would be Fred Hampton,

the Black Panther leader who is only a minor character in Sorkin’s film, but whose real-life story is a significant touchstone for a tumultuous era and a country’s formative history. Director Shaka King’s Judas and the Black Messiah not only tells Hampton’s story, but shines an even brighter and harsher light on who and what America really was during the 1960s.

Co-written by King and Wil Berson, with a story by Keith and Kenneth Lucas, Judas and the Black Messiah is based on the true story of Hampton’s Chicago branch of the Black Panthers, engaged in a near-constant battle with the corrupt Chicago P.D. and under constant surveillance by the FBI, motivated by a J. Edgar Hoover-driven vendetta. When FBI agent Roy Mitchell is able to convince car thief William O’Neal to infiltrate the Black Panthers and report back details of Hampton’s activities in exchange for leniency (and cash), Hampton is betrayed by someone he trusts and the party is ripped apart from within.

Normally, when you hear that three Oscar winners are starring in a movie, it would garner at least a heightened interest in the film, at most a genuine excitement for what that kind of talent can produce. Add to it a director/writer whose filmography includes a Best Picture nominee and a Best Actress winner and it most certainly would rank among the most anticipated films of any awards season.

Unfortunately, The Little Things, from writer/director John Lee Hancock (The Blind Side) and starring Oscar winners Denzel Washington, Rami Malek and Jared Leto, not only doesn’t live up to the talent associated with it, but crushes any semblance of legitimate awards consideration by being one of the most hackneyed, off-course and morosely derivative exercises in storytelling in recent memory, with disappointing performances to match.

It’s safe to say that a movie about a young mother dying of cancer might not be one that someone would race to watch. It certainly is asking a lot of an audience to voluntarily put themselves through the emotional wringer like that, especially in the general emotional state we are all in right now. However, if there is a director who can find a way to make a movie about cancer not only appealing, but also inviting and even funny, it’s Gabriela Cowperthwaite, and Our Friend is just that movie.

Don’t get me wrong, the movie is still devastatingly sad, there’s no way around it. But Cowperthwaite, who previously demonstrated the skill to tell audiences

a tough but emotionally satisfying film in Megan Leavey, mines every bit of humanity and comedy in the suffering of Our Friend, massively aided by three incredibly strong performances by Jason Segel, Casey Affleck and Dakota Johnson.

Written by Brad Ingelsby, who himself is having a good year, having also written the Ben Affleck-starrer The Way Back, Our Friend is based on an Esquire article written by journalist Matt Teague, about Teague’s best friend, Dane, who moved in with his family when his wife Nicole was dying of cancer. Dane puts his whole life on hold to assist his friends in their time of need, helping out with the Teague’s two young daughters and giving Matt the time he needs to focus on Nicole.