It was only a matter of time before Steve McQueen went mainstream. It is the natural progression for directors to have to prove themselves—start small, 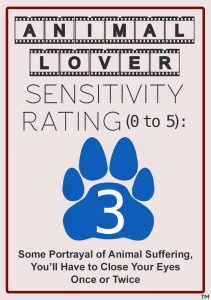 earn critical acclaim for one or two independent movies and someone will give you more money to make something bigger. McQueen had been considered an indie king after the critical success of his first two movies, Hunger and Shame, two movies that were as far outside the mainstream as you could get (they didn’t even earn $5 million COMBINED) but were critical darlings. The critical success led to a slightly larger budget with his third film, 12 Years a Slave, which had the heart of an independent movie but the legs and financial backing of a serious Oscar contender, which resulted in Best Picture. Winning the big prize opened McQueen’s window. He was handed the golden key, he could make anything he wanted now. No more weird little movies that nobody wanted to see.

In Hollywood, 5 years is an eternity. Especially when you’re hot, just off an Oscar win. And yet Steve McQueen waited five years to make his follow-up to 12 Years a Slave. That’s risky. What’s also risky is to have your follow-up movie, when you’re considered the king of serious drama, be an action heist movie. McQueen’s new movie, Widows, is, on paper, as mainstream as you can get. It’s based on a British television series from 1983 about four women who, after their criminal husbands are killed during a botched robbery, decide to finish the job themselves. It’s a classic heist genre movie, with all the trappings. But, it being McQueen, it couldn’t be just another Ocean’s 11. McQueen had to place his specific vision and style to it, so Widows is much more than just a heist/revenge flick. But maybe that’s exactly where it went wrong for me.

McQueen made two significant choices when he made this movie. Number one was to hire Viola Davis to star in the movie. Number two was to hire Gillian Flynn to co-write the screenplay with him. Davis was a brilliant choice, Flynn maybe not so much. Best-known for her novel-turned-movie Gone Girl and novel-turned-HBO miniseries Sharp Objects, Flynn is a caustic writer, full of rage and purpose. Her works focus on women who are damaged, angry or both. Her protagonists are angry and motivated, hell bent on upending the social strata to which they were beholden. Flynn is lauded as a fiercely feminist voice and I love that. But in this film, I feel she has infused just a little too much of her blow-it-all-up sensibility. Combine it with McQueen’s inherent skill at illuminating the dark recesses of the human soul, and you get one seriously combustible and turbulent movie.

Davis is, as usual, fantastic as Veronica, a woman who is utterly distraught when her husband Harry (Liam Neeson) is killed, along with his two accomplices, during a robbery. Although she knew that her husband was a criminal, Veronica didn’t know any details, but when the men who are responsible for Harry’s murder come knocking on her door to collect what Harry owes them, she is forced to fight for both his memory and her own survival. I can’t imagine a better actress to pull off the complexity of this character. Davis is absolutely magnificent in the quiet moments and the loud ones, as we believe her every second and experience the movie through her eyes and feel every emotion with her.

Supporting Davis are some other amazing performances, especially from Elizabeth Debicki, who rises to Davis’ caliber at every turn, which is quite a feat. And, continuing to take 2018 by storm is newcomer Cynthia Erivo, who first turned heads with her bravura performance in Bad Times at the El Royale and is now stealing scenes from Viola Davis in Widows. Erivo is an absolute revelation. Not since Jessica Chastain have I seen an actress make such waves with their first two films. Between Davis, Dobicki and Erivo, Widows is more than capably stacked with talent, depth and texture. Even Michelle Rodriguez, who also co-stars, isn’t half bad.

So maybe it’s by design that the worst parts of the movie are the men. Excepting Bryan Tyree Henry’s character, who plays a shady pastor/politician/crime lord, the rest of the male characters come off as stereotypes and one-dimensional cartoons. While I love Daniel Kaluuya, I didn’t like how McQueen makes him play the most over-the-top henchmen this side of a James Bond movie. And there is this plot point that involves Colin Farrell and Robert Duvall that is not only distracting and confusing, but also feels like a total waste of time. It’s all squarely in Flynn’s wheelhouse to draw a movie where the women are strong, smart and capable and the men are shallow, predictable and violent, but I wish the lines of demarcation weren’t so visible.

All that being said, it is still impossible to dislike this movie. Yes, there were big elements that I felt were overwrought and plot points that were bizarre and convoluted (and pointless?), but, all that aside, Widows is just as packed with Steve McQueen as it is with Gillian Flynn, and that means the movie is stylish, gorgeous and smart. You see things in this movie that you have never seen in a mainstream Hollywood movie and, for all of that, McQueen takes sole credit.

Both McQueen and Flynn have a lot to say and they say it all in this movie. Some of it is well done and some of it is overdone. But, in the end, Widows is entertaining and filled with performances that are as fun as they are powerful. McQueen took his time to make the movie he wanted to make and even though I didn’t love it, I admire it and appreciate an artist who makes what he wants when he wants. That is never a bad thing.