As I was posting my review for The Favourite, I realized that I totally left out praise of Nicholas Hoult, who is fantastic in the movie. I couldn’t believe I had neglected him, but, then again, I feel the entire filmgoing world has neglected Hoult and his prodigious talent for years. So, instead of going back and editing my review, I decided to write this appreciation for an actor who runs under everyone’s radar, but deserves all the attention and glory. If you don’t know Nicholas Hoult yet, you should. Here’s why.

Nicholas Hoult has been acting professionally since he was 7. I first noticed him when he was 13 and co-starred with Hugh Grant and Toni Collette in About a Boy. Remember, that weird looking kid? Yeah, that’s who I’m talking about. Now, hear me out. Hoult went from this: 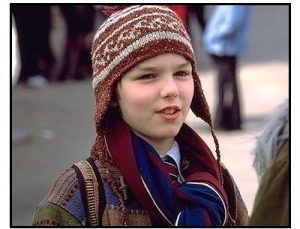 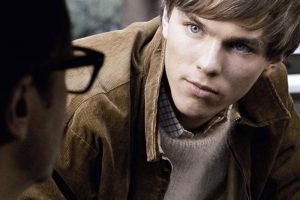 That’s right. That’s Hoult the next time I saw him, in Tom Ford’s A Single Man, when he was 20. Not only did the weird kid grow up to be exceedingly handsome, but he grew to become a legitimately excellent actor. Not only was he really good in the brief role in A Single Man, but he then went on to several other impressive performances that stood out for me: 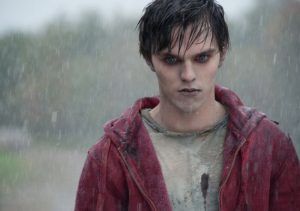 Warm Bodies: Hoult is funny, sweet and romantic as a zombie who realizes he has feelings for a living woman in this hilarious dark comedy that, like Hoult, went too unappreciated. 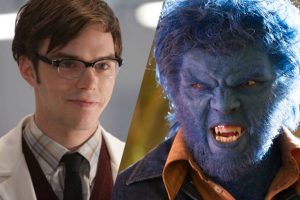 X-Men movies: Hoult didn’t have the flashiest role, but his Hank/Beast was, again, sweet and charming. Hard to believe the role was Kelsey Grammar’s before Hoult took it— he infused the Beast with a genuine humanity that had been lacking. 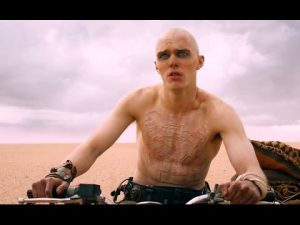 Mad Max: Fury Road: In his best role yet, Hoult was absolutely scene-stealing playing Nux, a post-apocalyptic warrior in George Miller’s brilliant and gorgeous movie. You absolutely couldn’t take your eyes off him, as he embodied the energy and fierce intensity of Miller’s vision. Nux’s character is the only one who makes a legit emotional journey in the movie and, no matter how much I love Charlize Theron and Tom Hardy, I believe Hoult gives the best performance and was, as usual, sorely overlooked by critics. 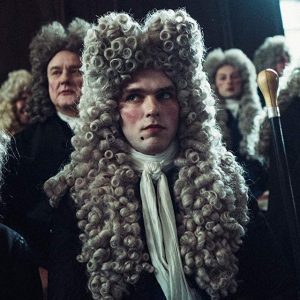 The Favourite: And now, Hoult again steals scenes from actors who are much more famous than he is. As the sneaky and manipulative politician Harley, Hoult is nearly unrecognizable under the makeup, wig and elaborate costumes, but his excellent performance in undeniable. He not only holds his own with two Oscar winners, but he makes every scene he’s in his own.

So, next time you see a performance that astounds you, double check to make sure it’s not Nicholas Hoult. And, if it is, you now have no excuse to be surprised.