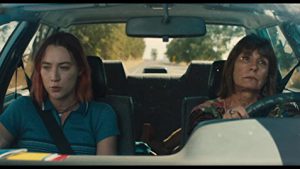 I’ve been an aspiring fiction writer ever since I could put pen to paper (yes, I’m that old). I’m one of those foolish dreamers who insists there’s a novel or a screenplay or a play inside me, just aching to get out—all it needs is the right inspiration. So, naturally, every chance I got to ask a real (read: published) fiction writer for advice, 99% of the time they all had the exact same thing to say: write what you know. It certainly doesn’t explain Ray Bradbury or J.K. Rowling’s success, but, for most writers of fiction and non-fiction alike, that credo remains true, in some form or another. Every art form has a piece of its creator in it, which is, let’s be honest, what makes art so compelling.

Write what you know can mean a plethora of things, from a story based on a real experience you had or a place you know to a character study based on someone you knew or even a story you heard someone tell once. And, in the end, if you still find you have no stories to tell that are inspired by the world, people or places around you, then the final rule comes into play: write your story. I am a fervent believer that everybody has a story to tell and, sometimes, the most interesting one is the one you’ve actually lived.

As far as movies go, movies based on true stories are a dime a dozen. But the ones that often ring the most true are the ones that are grounded in a personal reality: the writer/director’s own life story. We saw it last year with Mike Mills’ 20th Century Women and we’ve seen it this year already with Kumail Nanjiani’s The Big Sick (although actor/writer Nanjiani didn’t direct): compellingly original movies from writer/directors who lived their stories. There is an organic realism that sits at the foundation of movies like these, and if you can actually deliver a script and characters with flavor and texture to match the filmmaker’s uniquely personal perspective, then the movie becomes a special experience because it’s not only more relatable, it’s oftentimes much more entertaining.

The newest, and perhaps the best so far of the latest batch of personal stories is Greta Gerwig’s Lady Bird, a movie based on Gerwig’s teenage years growing up in Sacramento. Lady Bird is rich, real and remarkable, a movie that will sit right next to your heart, sometimes punching it but, mostly, hugging it. Gerwig’s flawlessly simplistic scope is what makes Lady Bird so watchable and loveable. It’s a movie about a teenage girl’s senior year in high school. That’s it. Nothing really big or dramatic or remarkable happens. But, as I said, everyone has a story, and Lady Bird’s is not too big or too small: it’s just right.

As I said, though, a great script can only soar if it’s played out by believeable and enveloping performances and that’s what turns Lady Bird from another high school coming of age movie into a memorable piece of art. It’s Gerwig’s soul and story on display, but it’s Saoirse Ronan who lives and breathes it on screen and, well, if you didn’t think Ronan was one of the best actors of her generation before, you will be on board the Ronan train now. Ronan has literally grown up before our eyes, stealing Atonement when she was just 13, then starring in Lovely Bones when she was 15 and carrying Hanna when she was just 17. She’s been nominated for two Oscars (for Atonement and Brooklyn) and now, at the ripe old age of 23, she has cemented herself as a reliable and resilient screen presence. It’s hard to not be shocked that someone can be so good at such a young age, but we’ve seen her be this good for the last decade. Nothing she does surprises me and yet she keeps impressing me.

I can’t imagine Gerwig could have wanted anyone else for this part, as Ronan captures every nuance of the script with a force and a delicacy that is so rare in a performer her age. And even if the movie were about nothing else than Ronan embodying Gerwig’s senior year anxieties, revelations, rebelliousness and vulnerabilities, Lady Bird would be a compelling movie. But that’s only half of where the heart of this movie lies. Lady Bird is a character study, a coming of age movie, but it’s also a relationship movie. It’s a movie about perhaps the most complicated relationship of all: the one between a mother and a daughter.

Gerwig has said in interviews promoting Lady Bird that the movie will make everyone, especially women, want to immediately pick up the phone and call their mother. I can’t say I disagree. While Lady Bird is, on the surface, about a girl trying to figure out who she is and what she wants, it’s also about her coming to terms with where she’s from—and who she’s from. Speaking from my own experiences, I know how the teen years can wreak havoc on a girl’s relationship with her mother. There’s a natural desire to separate yourself from your mother and stand on your own, with your own personality and place in the world. At the same time, however, that connection and bond is unlike any other and maintains its hold over you even when you want it the least.

The mother-daughter relationship in Lady Bird may not be the central plot or story point, but it most certainly is the undercurrent and foundation for everything else. It may not always be on screen, but it’s always felt. And when it is on screen, it is magnificent. These are the scenes where everyone shines: Gerwig, Ronan and especially the transcendent Laurie Metcalf, who plays Ronan’s mother. Metcalf and Ronan have a chemistry that growls and pops and simmers and roars. It is beautiful and horrifying to watch and, in the end, does make you want to call, hug or thank whoever it was who sacrificed for you, raised you and challenged you. We all have someone who shaped who we are and that’s what Lady Bird celebrates.

Ronan is most definitely the shining star of Lady Bird and Gerwig the beating heart, but I would be remiss to not point out that Laurie Metcalf is truly the reason to run out and see this movie. Her performance is heartbreaking, raw, grounded and emotionally powerpacked. A television and theatre stalwart, Metcalf is not particularly known for her movie work, outside of voicing Andy’s mom in the Toy Story franchise, but wow, does she deliver a performance worth seeing.

Overall, Lady Bird is not a movie that will bowl you over, but there is enough in the performances, the script and the direction to make Lady Bird a top contender for your precious time and money this busy holiday season. It just might be enough to write home about. Or call.