In case anyone was wondering, I did see Guardians of the Galaxy, Volume 2 and Alien: Covenant. So why didn’t I write about them? Well, maybe it was out of respect for their elders (they are both sequels) or maybe it was just a lack of inspiration. While Guardians of the Galaxy, v 2 was fun and a nice reminder of how much I loved the first one, Alien: Covenant was so depressingly disappointing that the last thing I wanted to do was write about exactly how depressed I was. 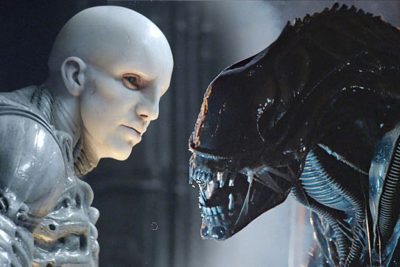 I shouldn’t have expected much with Alien: Covenant. I mean, the last Alien movie, Alien: Prometheus, was disappointing enough, but, compared to Covenant, Prometheus was a masterpiece. Covenant literally treads the exact same ground that Prometheus did, as we return to the same planet where humanity was supposed to have originated (metaphor gone horribly wrong). It’s almost as if they wanted to recycle the same old sets to save money. Not only did we feel like we’d seen this before, but we saw it when it was almost interesting. This time, there is nothing new to say or do, nothing new to experience, it’s almost literally like watching a franchise feed on itself. It’s a tremendous insult to the memory and the love of the Alien series of films, particularly the original, which was so groundbreaking, imaginative and beloved. Not even Michael Fassbender playing two roles can save this thudding bore of a movie. Enough. Time to let Ripley rest in peace. 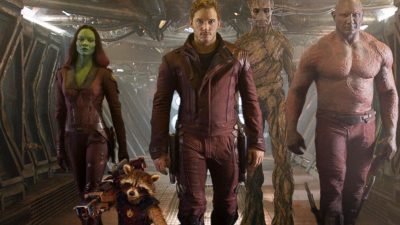 As for Guardians of the Galaxy, Volume 2, it is a much more satisfying sequel than Alien: Covenant, but still fails to live up to the original. I mean, the original was SO GOOD, anything would have trouble besting it, but I still was so excited to spend more time with these characters and this world that director James Gunn created.

Guardians 2 starts especially well, with one of the best opening credit sequences of all time. I would (and probably will) watch this movie many more times in the future, if for no other reason than to bask in the brilliance of the opening credits again. But, as you would expect, it is hard to keep up such a standard, and the rest of the movie just cannot live up to it. The filmmakers seem unsure of so many things, like what to do with characters and relationships, so they just ignore most of them. The witty dialogue and character showcases from the first movie are nearly non-existent here, as the movie focuses instead on an inane story and a last third of the movie that degrades into loud, explosive noise. Yawn.

However, the movie is still rescued by moments of pure joy, like every and any time Dave Bautista, as Drax, is on the screen. Watching him as this character is sheer bliss—like the Minions in Despicable Me, it’s a shot of adrenaline and happiness that never fails to make me grin. Likewise Groot, still voiced by Vin Diesel, and still the ultimate scene-stealer. Even Michael Rooker, as the heretofore villain Yondu, shows some chops like never before, stealing the emotional heft of this movie, right out from under Chris Pratt’s handsome nose.

But the casting of Kurt Russell and the giving over of way too much of the movie to him, ends up hurting this movie more than it helps it. If only they had stayed with the formula that worked so well the first time—a band of misfits reluctantly forced together to do good things—instead of wandering down an alley of soul searching and emotional upheaval (I mean, who wants to see these guys do THAT?), then maybe it would have been the same fun ride the first one was. Alas, Guardians of the Galaxy Volume 2 is just that: second best.