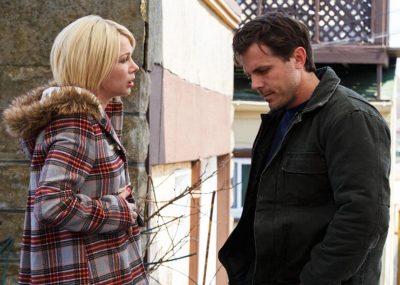 Every so often, a movie comes along that I am desperate to tell people about, but I don’t want to actually talk about. It sounds like it may not make sense, but sometimes my reaction to a movie is so visceral that I want to keep my emotions to myself, to feel it personally, deep down, and just hold it there.

Then there are the movies that I feel like I really can’t talk about, because there is no part of the movie’s plot or story that I could reveal that I feel wouldn’t be tainting somebody else’s experience of it for themselves.

There are just some movies that you have to take in as blank a slate as you can possibly be—Manchester By the Sea is one of those movies.

Written and directed by Kenneth Lonergan, who, despite his name-recognition, has only directed two other movies prior to this one (You Can Count on Me and Margaret), Manchester By the Sea is a movie you need to see. I won’t tell you why, and I won’t tell you what it’s about. But I will tell you that it is a movie that you will feel in your bones. It will gut you, it might bring you to tears, but it will also seriously stay with you. Despite the fact that the movie is a heavy one, there are many light moments, even a few laugh out loud ones, only certifying what an affective human experience it is.

What I can talk about are the performances. Casey Affleck stars in the film and carries the emotional and story-telling weight of it. He is raw and never false—never over the top or trying too hard. It feels as if he has lived in his character for years, understands him and all-at-once loathes and loves him. Michelle Williams, who has a small but pivotal role, is her usual standout self, playing a character who is strong but devastated, another moving and powerful performance in a filmography that is becoming one of the most impressive in Hollywood. The movie’s grounding figure, however, is 20-year old Lucas Hedges, who truly breaks out here. His performance is balanced and natural, the essential piece of realism to center the film.

But, truly, the strength of Manchester By the Sea is the screenplay. Lonergan has crafted a tale, and directed it in such a way, that the audience is held in and carried through a story in the present while giving us just enough pieces of the past to put together our own emotional puzzle. The script is smart and never condescending, either to its characters or to the audience. It has a story to tell, but it never once tells us how we should be feeling about it. Think about how truly rare that is.

Bottom line: go see Manchester By the Sea. Don’t read about it, don’t watch trailers for it, just go. Some movies just need to be seen. And felt.