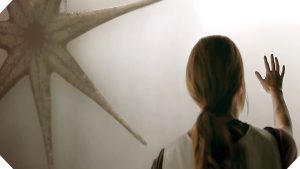 Ever felt small and insignificant? Ever been mesmerized by the enormity of the universe and wondered who and what else is out there? Ever wondered what you would do if you ever had the chance to find out? Apparently, tourist trips to Mars may be possible within a generation or two. If you could, would you go? Generally, we here on Earth are divided into those who are intrigued and infinitely curious about what lies “out there” and those who prefer to keep their thoughts (and feet) more grounded on our tiny planet we call home. But what if “they” come to us? What if they come knocking on our door? How do we answer?

Movies have loved to tell stories about outer space and aliens since, well, the first movie, Georges Melies’ A Trip to the Moon in 1902. It has been an endless array of spaceship, alien and space travel movies ever since, as the great unknown of what’s out there has inspired more than one creative imagination, from George Lucas to Steven Spielberg to Stanley Kubrick to Tim Burton.

A specific subset of these movies, a genre loosely referred to as “sci-fi,” is the UFO movie. These are movies actually set on Earth, but involve some sort of visitation by a spaceship or aliens. Most of these have been disaster movies—apparently, Hollywood seems to think the rest of the universe lives to destroy our major monuments and landmarks in especially eye-popping ways. But there are a few of these UFO movies that have been less about actual interaction and more about communication. Movies like Contact and Close Encounters of the Third Kind immediately come to mind as examples of films that are about contact and understanding. In my mind, these are the kind of sci-fi movies that really explore the potential of the unknown, and are the most stimulating, both to the curious mind and the compassionate soul.

The current movie Arrival is the latest entry into the oevre of UFO contact movies and it is just as good as its predecessors, if not better. With all the soul of Contact and the slow-burning reveal of Close Encounters, Arrival is a moody and philosophical examination into what it means and what it takes to try to communicate with a life form from outer space.

Amy Adams stars as Dr. Louise Banks, considered to be one of the top linguists in the world. When an alien spacecraft lands in Montana, the American military enlists Banks to come to try to talk to the aliens and to find out what their “purpose” is for landing. Basically, it’s her job to find out if they are friend or foe.

Arrival is a ponderous (some might call it plodding) story about humanity, time, communication and mutual understanding. It is intimate and it is universal (literally). There are twists and turns and the story will draw you in and entice you, both from a character perspective and the alien one.

Director Denis Villenueve is best known for his two most recent films, Sicario and Prisoners, both of which were dark and dramatic movies about bad men and not-always-clear-cut good guys. There is usually a lot of violence in Villenueve’s movies and they leave you feeling beaten and pessimistic about the world. Arrival is quite the opposite. Except for one key Villenueve trademark: it’s dark. Arrival is literally the darkest movie I’ve seen since The Revenant, which became known for the fact that director Alejandro G. Inarritu shot the entire movie in natural light. I don’t know if Arrival was shot in natural light or not, but it sure does look and feel like it was. I know the use of light and concepts of light/dark play a central role in underlying themes here, but that doesn’t take away from the fact that this film may, just may, lull you to sleep with its somber palette. And it doesn’t help that Johann Johannsson’s hypnotic score is dark, moody and oh, so good. And that’s just the vibe of this entire movie: it’s darkly melodic. Villeneuve grounds us with Louise’s character (played perfectly by Adams) but lets our imaginations soar with all the rest of it. Eric Heisserer’s screenplay (based on a story by Ted Chiang) is perfectly balanced and plays to every emotion.

Arrival may not be for everyone—if you are looking for a typical alien disaster movie, you’re in the wrong theatre. It is slow and intense, dark and alluring, but it is also filled with a true sense of soul. That subtle tug at your heart that you didn’t even realize was happening? That is Arrival’s true genius. And a sign that movies still know what they’re doing, even after all these years.