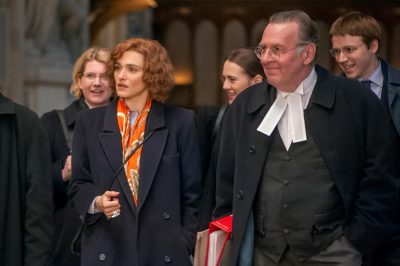 One of the foundations of being human is, obviously, awareness. We, as humans, are more than just conscious of our lives and our surroundings, but we are aware of them, capable of understanding nuance and meaning and, thusly, able to question. It is what separates us from, what binds us with, and what uniquely distinguishes us from every other living thing in our known universe.

The flipside of questioning is acceptance. Blindly believing without foundation, following without thought and feeling without introspection, these can be dangerous paths for humanity, as perhaps our biggest weakness as a species is the tendency to let our awareness be capitulated to another. “I think, therefore I am” is not just a philosophical tenet, it should be a way of life.

What lies between awareness and acceptance is the process of thought—taking in evidence and coming to a legitimate conclusion. And when the evidence points to only one conclusion, it becomes a fact or a belief. This is the foundation of human thought.

So what happens when something that is a “given,” something accepted as fact, is questioned? This is where we become truly human. The ability to question and debate each other. As we’ve seen from this year’s heated presidential campaign, debating and questioning each other can become a way of life. It may be exhausting and emotional, but, without it, where would we be?

But what about debating things that are not quite as vague as politics? What happens when actual historical facts are debated? In the dictionary, the first two definitions of the word “fact” are: 1. something that actually exists; reality; truth; 2. something known to exist or to have happened. Do we/can we actually debate facts? And, truthfully, what constitutes a fact in the first place? Scientists used to consider it a fact that the world was flat. Only further evidence proved them wrong and the facts changed.

In the new movie Denial, the fact that’s being debated is perhaps one of the most accepted historical facts of all time: the Holocaust. Holocaust deniers exist, despite the mountains of evidence and “proof” that it happened. What does this say about them? Are they mentally ill or just exercising their unique human ability to question? The movie, written by David Hare and based on Deborah Lipstadt’s book, is a compelling look at how one goes about calling into question an accepted event in history. But what it also does is expose and examine another definitive element of humanity: emotion.

Based on a true story, Denial tells Lipstadt’s story, who, while a professor at Emory University, had written a book called Denying the Holocaust, in which she accused historian and Holocaust denier David Irving of being dangerous and manipulative with facts to suit his agenda. When Irving sued Lipstadt for libel in 1996 in the British courts, the resulting court case became a key moment of its own in history. This case is at the heart of Denial.

The subject of this film could not be more compelling. Calling into question the veracity of the most notorious crime against humanity in recorded history would make one seem crazy, right? But, again, we are humans, after all, which means that questioning is allowed, even encouraged, so, every so often, we must sit down and prove facts, even when we know them to be unquestionably true. The underlying purpose, however, is not really to prove the already proven, but to prove the underlying motivations of the questioner. And this is the heart and soul of this movie.

Compelling, thoughtful and engaging, the subject matter of Denial cannot be, well, denied. I have never been so riveted by an onscreen legal battle. But what makes Denial so powerful has really nothing to do with the film itself. The story of the movie, i.e. the lawsuit brought by a Holocaust denier, forcing the defendant to prove him to be as dangerous and fraudulent as she says he is, is inherently fascinating. However, sadly, the story lives on its own outside of any theatrical presentation because this movie just can’t keep up with its potential.

Two powerhouse performances, from Timothy Spall as Irving and Tom Wilkinson as the lawyer who presents the case against him, are at the theatrical center of this film, and each of them are at their best. Spall, who first entered our collective American consciousness as a weird, Steve Buscemi-type actor, inhabiting the oddest of movie characters, from the slimy band manger in Rock Star to Wormtail the rat in the Harry Potter movies, has recently proven his serious acting chops, most significantly in 2014’s Mr. Turner, in which he played painter JMW Turner to much critical praise. Here, Spall is captivating and brilliantly enigmatic as the ostensibly sleazy Irving. In Spall’s hands, Irving is not a cartoon, but a fully realized character, smart but flawed. And Wilkinson, well, just wow. The twice-Oscar-nominated actor has delivered some killer performances in his career, but this one is at the top of the list. He manages to walk the tightrope between emotion and logic and create a performance that is distant yet poetic. Both Spall and Wilkinson are at their career best here, and that’s really saying something.

If only Denial could have lived with just the subject matter and their two performances alone. But, sadly, there are other pieces of the puzzle which join to create a film experience that is, overall, a somewhat—and surprisingly—lackluster one. First of all, Rachel Weisz, who plays Lipstadt, seems miscast from the start. Not that the Oscar-winner doesn’t have the chops for the role, but she’s just wrong for it. Every note and tone seems to be false and she is just out of place in every moment. But the real fault for everything this movie should have been but wasn’t is director Mick Jackson. You have screenwriter Hare, known for writing such powerful movies as The Hours, Plenty and The Reader, combined with Wilkinson, Spall and Weisz, and the result should have been earth-shattering. But, with Jackson, you get a director who is completely out of his depth. A director whose most dramatic movies were Volcano and The Bodyguard is totally lost with this subject, screenplay and cast. This movie is completely paint-by-numbers and when he does put in a couple artistic flourishes towards the end, they are both heavy-handed and ineffectual.

The star of the movie is wrong and the direction is bland, but Denial still deserves to be seen, not just for the monumentally strong performances from Timothy Spall and Tom Wilkinson, but for the questions it raises, not about the Holocaust, but about humanity, both on a large scale and the most intimate one: how do we question the unquestionable, and why do we do it? Maybe some things can never be answered.