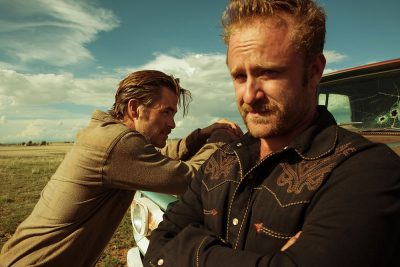 Late August is often considered the baggage drop time zone for Hollywood studios. Summer is almost over, school is back, and the Oscar season push doesn’t start until October. August and September are the months when studios dump any movies they hadn’t been able to find a spot for the rest of the year (marketing or word-of-mouth difficulties) or for movies that had high hopes but ended up falling far short of expectations. When was the last time you heard people looking forward to the “big Labor Day weekend release?” Yeah….never.

But, within the same structure creates a window of opportunity for smaller films that may not otherwise be able to find a place in the movie release calendar. August and September often are the months when pleasant surprises can emerge, movies nobody saw coming—lower-budget movies that can’t compete with the big boys of summer and/or are afraid of getting lost in the Oscar-season shuffle. Such an August surprise of 2016 is Hell or High Water. For those of you who may think there’s nothing worthwhile playing in the theatres right now, think again.

Hell or High Water is an entertaining and smartly done drama that, at times, feels like a cross between a heist movie and a thriller, all the while playing like a classic independent movie—bare bones, nuanced and expertly acted and written. Starring Jeff Bridges, Chris Pine and Ben Foster, Hell or High Water is a modern-day western, a story of two brothers (Pine and Foster), who rob banks in West Texas, and the soon-to-be-retired Texas Ranger (Bridges) who is determined to catch them before he hangs up his badge.

Much more than a cat-and-mouse will-or-won’t-he-catch-them movie, Hell or High Water builds characters and firmly entrenches every nuance in the details of place and time—the setting is not only another character, it colors everything about this movie. The people and the places in this movie are so integral to what this movie is about, every background actor and passing locale play a part in the overall effect of the movie. Director David Mackenzie tells a story with every scene and it pulls you in and grabs you from the get-go. It helps that Hell or High Water has a fantastic script, from writer Taylor Sheridan, who also wrote the critically-acclaimed Sicario last year, a much darker but similarly-vibed film.

Foster and Pine are exceptional as the brothers who steal for a purpose and Bridges is his usual brilliantly charming self as the aging lawman who won’t let go. Cliches aside, Sheridan writes a tight and soulful screenplay, surprisingly light and even funny in moments, and Mackenzie makes full use of the talent he has on screen, letting Foster, Pine and Bridges remind us that the Brits don’t have the market cornered on really great actors.

So, if you are looking for a well-written, really well acted movie about bank robbers that will remind you of a lot of movies but will satisfy you as a complete experience unto itself, give Hell or High Water a chance. August or not, it deserves it.