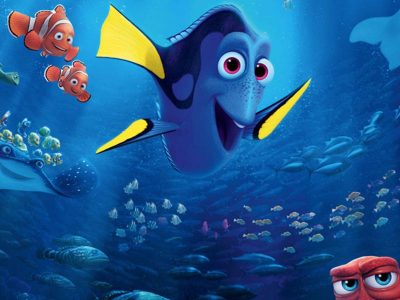 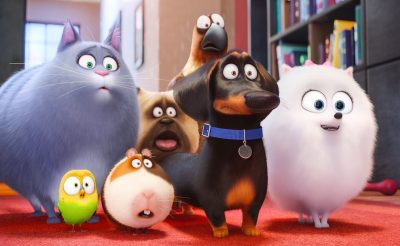 So let’s start by pretending that all animated movies are equal. That somehow, someway, some other major studio can produce an animated film anywhere close to the quality of what Pixar has and continues to produce. To give you some perspective, in the 15 years the Academy of Motion Pictures Arts and Sciences has given out the Oscar for Best Animated Feature Film, Pixar has released 13 movies and all but three of them either won or were nominated for the top animated prize. A Pixar movie has won Best Animated Film a whopping 8 times in 15 years, losing only twice. Only 3 of their movies weren’t even nominated. Out of 13. Imagine any other studio with that kind of track record. It’s safe to say Pixar Animation Studios (now officially Disney/Pixar) is in a class of its own when it comes to major animation film releases.

That’s not to say other studios aren’t gaining ground, however. Pixar may have dominated the genre in the late ‘90s and early 2000’s, but other companies quickly figured out their corner on the market and found other ways to break in. The first Pixar movie to be nominated for Best Animated Film and NOT win was in 2002, when Monsters, Inc. lost to the very un-Pixar-like Shrek. And, in 2012, when there were no Pixar releases, a small but feisty Rango took the Oscar. Both of these films were harbingers of a new segment of the animation market, one that focuses on a more aggressive, smart-alecky, weird and offbeat tone, as compared to Pixar’s generally more sensitive and soulful approach to storytelling.

And it seems to be working. While the Oscar tally is still heavily leaning to Pixar’s advantage, other animation studios, including Blue Sky (Ice Age), DreamWorks (Shrek and Kung Fu Panda), Illumination (Despicable Me, Minions), Sony Pictures Animation (Hotel Transylvania, The Smurfs) and Walt Disney Animation (Frozen, Big Hero 6) are all doing quite well for themselves, having discovered that there is something just as important, if not more so, than awards: box office. Of the top 10 grossing animated films of all time, only 4 are from Pixar (including their current release, Finding Dory, at #5 and rising), which proves that, while all animated movies may not be equal, some are just more popular.

So, it’s the same old story then, isn’t it? Quality vs. mainstream appeal. What matters more, critical acclaim or big box office numbers? It’s always nice to have both, but extremely rare. Which brings us to our current comparison, Pixar’s latest release, the sequel to the 2004 Best Animated Film Oscar-winner, Finding Nemo: Finding Dory, and the latest film from Illumination Studios, The Secret Life of Pets.

What’s truly fascinating about looking at these two seemingly different movies so closely together is that, when you look at the framework of their basic story and plots, they are, in fact, extremely similar. In each movie, the protagonist wanders or somehow gets displaced from their home and must find their way back, inevitably meeting colorful characters along the way who both help and hinder them, and the adventure challenges them, and forces them to either mature or come to some realization about themselves or their lives that will make the audience feel better about themselves as they leave the theatre. And, just like anything else, even though the bare bones of these movies are the same, the difference is in the details. And quite a few differences there are.

The Secret Life of Pets is your classic post-Pixar fare, a decidedly aggressive film that emphasizes pace and character movement far more than story and development. This isn’t a bad thing if you love movies that move at a frenetic pace and are bold and passionate about their themes. But, after a while, when you are just looking for a moment to catch your breath, these kinds of movies can be tiresome. I don’t know if it’s because I have a longer attention span than a child, but it’s nice to have a scene in a movie where the characters aren’t running, flying, spinning, rolling or being catapulted from one place to another. And here’s the thing about The Secret Life of Pets: it doesn’t have to do all of that. The beginning of the movie (which, as it turns out, is basically the trailer), sets up the characters and the setting very well, as we meet a group of pets in their New York City apartment homes as their human owners are about to leave for the day. This premise is pure gold—what do our pets do all day when we’re gone? Well, after we see the antics that they basically showed in the trailer, it seems like the filmmakers run out of ideas and fall back onto the standard get-lost-go-on-an-adventure trope. Yawn. What’s even worse is these sweet pets that we meet and fall in love with at the beginning meet “evil” pets along the way who serve as the villains of the story, which turns an already uninteresting story into a loud and obnoxiously uninteresting story (although the voice work Kevin Hart does as the “bad bunny” is all kinds of awesome). We all know our beloved pets are going to find their way home, it can at least be a worthwhile and entertaining journey, can’t it?

It sure can in Finding Dory, which offers up the same story parallels while delivering a decidedly different viewing experience. Like its predecessor, Finding Nemo, Finding Dory is sweet and beautiful, with endearing and charming characters throughout. No, there’s nothing new here, story or imagination-wise, but what it does have is some of the most eye-popping animation you will ever see. The entire movie is worth it just for the character voiced by Ed O’Neill, an octopus whose movements are the stuff animators must dream about. Like all Pixar movies, Finding Dory is a movie with real heart and real moments of sweetness and soul, but it also moves along just when it should and provides just enough excitement, peril and humor to be a typically satisfying Pixar experience, even if the characters aren’t as bold and vivacious as in The Secret Life of Pets (is it totally wrong to admit that I don’t even really like Dory very much?).

I must tell you, however, the short film that precedes Finding Dory, called Piper, is almost better than the feature. Do NOT miss it. If anything reminds us of Pixar’s genius, it’s these 6 minutes.

In the final comparison, even though The Secret Life of Pets did have some genuine moments of inventiveness, and Finding Dory felt a little unimaginative (except for the octopus), there is no denying that if you had to choose just one to spend your money on, Finding Dory is clearly the choice. And, as it continues to be a monster at the box office, looking like it may become the all-time animated box office champion (and may even be writer/director Andrew Stanton’s third Oscar-winning movie, after Finding Nemo and WALL-E), it seems like the rest of America agrees with me. Pixar wins again.

NOW…who said it was acceptable to always portray cats as evil? Who started this, anyway?? Ok, we can discuss this later.