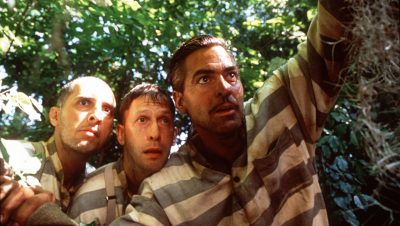 There’s probably not a bigger Coen Brothers fan on this planet than myself, but they missed the mark on this one. O Brother, Where Art Thou? wins the award for the most surprising casting of the year….George Clooney in a Coen Brothers film?? But what it gains in casting (Clooney is actually good), it lacks in a cohesive story. O Brother, Where Art Thou? is more a collection of vignettes, each an entity unto itself. If looked at that way, the film may be swallowed whole. But, unfortunately, that’s a bit of a sell-out. I’ve never seen a Coen Brothers film I didn’t like….until now. If you haven’t seen one of their films yet, absolutely make sure this one isn’t your first. You’ll wonder what all the hoopla has been about, that’s for sure.