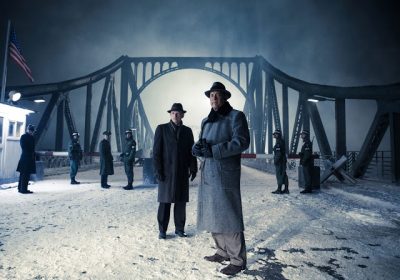 I finally caught up with the rest of the world the other night and saw Jurassic World, a movie which not only is (so far) the biggest box-office money-maker of 2015, it currently sits in #3 position in all-time domestic box-office, behind only Avatar and Titanic. Sadly, all it did for me was remind me of the original, Jurassic Park (#19 on the list), and how infinitely better the original is than this recycled, unimaginative and surprisingly dull reboot. And that, naturally, got me to thinking of Steven Spielberg, Jurassic Park’s director. If you’re going to try to live up to the standard he has set, you need to understand where the bar is, because it’s higher than most other directors. He is able to do anything and do it well. Spielberg’s best year was 1993, the year Jurassic Park came out. Not only did he direct that film, one of the greatest action/adventure/thrillers of all time, but, in the same year, perhaps his greatest film, Schindler’s List, came out, the film that not only changed how we thought about Steven Spielberg, but, perhaps, how he thought about himself.

Before Schindler’s List, Spielberg was widely considered to be the world’s greatest blockbuster moviemaker. After Schindler’s List, he was finally considered to be a serious filmmaker. And, since then, while he has not totally given up making the occasional popcorn flick, he has morphed from the man who gave us Jaws to the man who prefers to teach us about Lincoln. In short, Steven Spielberg has become our most entertaining civics and history professor instead of our greatest showman.

Our latest history lesson is Bridge of Spies, starring Tom Hanks. Set at the beginning of the Cold War, when both the United States and the Soviet Union were scrambling to gather intel on each other’s burgeoning atomic capabilities, Bridge of Spies, based on a true story, is about the mutual capturing of spies on either side. Accused Russian spy Rudolf Abel (played by Mark Rylance) is captured by the FBI in New York City, convicted and sentenced to 30 years prison time. Meanwhile, American pilot Francis Gary Powers (played by Austin Stowell) is shot down over Russia and captured. Eventually, a game is played between the U.S. and U.S.S.R. to have these two exchanged for one another in a famous spy swap, but it all has to be done in a very hush hush, government-hands-off way. So they call on a private citizen to handle the whole thing, lawyer James Donovan (Tom Hanks), who represented Abel during his trial. Donovan meets with representatives from the Soviet Union to bargain a trade, but it’s not as easy as it would sound, as posturing and distrust on both sides run rampant.

Wow, that all sounds really boring, doesn’t it? Even as I’m typing up the synopsis, I’m trying desperately to make it sound exciting, but there’s really no way to. But that’s been the way with Spielberg movies lately. Lincoln was the same thing: history as narrative cinema. That’s it, take it or leave it. There’s a ton here to be thrilled by, if you dig on civics lessons and watching history play out, it’s just not very—cinematic. The course of our planet played out in the early ‘60s—countries distrusted each other, built walls around its people (literally), aimed atomic warheads at each other—there certainly is enough here to be fascinating on its own merits, but for sheer entertainment value? If you are looking for high drama, tension and edge-of-your-seat suspense, this is not the movie for you. We’ve gotten too used to superheroes and explosions to be thrilled by a simple story of negotiation for two human lives—even if the backdrop is a fascinating one of a postwar world in flux.

Much like Lincoln and War Horse, Spielberg’s two previous films, Bridge of Spies is, of course, a masterfully made film, from top to bottom. Tom Hanks is perfectly cast as a lawyer forced to navigate murky waters of international relations while playing the ideal diplomat/patriot. The story plays out well, it holds our interest and the screenplay, written by Matt Charman, Ethan Coen and Joel Coen, is nearly free of predictability and rah-rah USA moments.

However, for all its polish, production value and efforts to teach, Bridge of Spies left me flat. I must admit I’m getting a little tired of the history lessons from Spielberg. They are starting to feel the same to me now—almost paint-by-numbers. I long for the days when Spielberg really surprised us with something we’d never seen before. Bridge of Spies is not it. He may still be the standard-bearer, but that standard is getting a little worn. I miss the days when Spielberg movies had teeth. Literally.