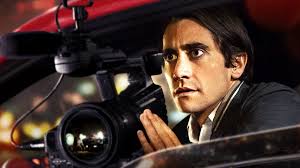 I used to wonder what kind of person watches The Jerry Springer Show. Or buys the National Inquirer. Then I realized that it’s not a far stretch from those gutter-dweller tabloid turds to the so-called mainstream entertainment that surrounds us now, from TMZ to the Kardashians to People magazine to E! television. Even I bask in the red carpet glam every Oscar night. It’s shameful to admit, but these things exist because people watch. A lot of people.

Human nature is a voyeuristic one, a curious one, one that rubbernecks on the freeway when passing an accident, one that gossips about friends, one that wants to know every detail of the lives of the rich and famous, one that longs to feel compassion and sorrow and joy and angst—to feel anything and everything about themselves and others. They say money makes the world go ‘round, but emotion is what makes the spinning matter. But there’s an interesting thing that’s been learned about these emotions in a group setting. The emotion that seems to be the most powerful one of all, more than love, compassion—even happiness—is fear. And guess what? Those wonderful “entertainment” shows we have become addicted to? Yup, they found a way to harness that fear. They just call it something else: news. And the closer to home the fearful news hits, the higher your heartrate goes, and, in turn, the more intense your interest. Interest=ratings. Ratings=money. And the world keeps spinning.

This sick relationship between our voyeuristic nature, our fear and the capitalistic potential that comes from preying on that fear is the subject of a new movie called Nightcrawler, starring Jake Gyllenhaal, written and directed by Dan Gilroy. Gyllenhaal plays a scumbag who discovers that he’s really good at one thing in life: trolling the police scanners and getting to crime scenes to film the carnage—the more graphic, the better—so he can sell it to the highest bidding local news outlet for their exclusive rights to broadcast his footage. The world of guys who do this—called stringers—who chase ambulances and cops and fire trucks to every disaster and car crash and fire and then film the wreckage, bodies, bloody aftermath of a tragic event, is so sleazy, scummy, vile and disgusting that I literally wanted to take a shower after this movie. But, again, these guys do exist and they do thrive and this movie is a fascinating one because of it. No matter how uncomfortable it is to watch—we all share the same skin-crawling understanding that we all contribute to the existence of these cockroaches— Nightcrawler is a brilliantly sleazy commentary on the media, ambition, ego and, in the broadest sense, society as a whole. And, like Taxi Driver before it, Nightcrawler features, at its center, a performance that is maniacal, psychotic, determined and absolutely riveting.

I’ve always been a fan of Jake Gyllenhaal, ever since Donnie Darko, and feel he has always been underappreciated as an actor. Well, there is no way to ignore what he does in Nightcrawler, as he becomes Louis Bloom, a thief-turned-entrepreneur who finds his particular talents lie in the seedy world of stringer video journalism, and selling to the sometimes even seedier world of local newscasts, where, in their words, “if it bleeds, it leads.” With this motto, Louis sets out to scour Los Angeles for the most horrific crimes, as they happen if possible, and get his camera rolling, to capture every gruesome moment, no matter how unethical, immoral or just plain insensitive it may be. Forget being in the way of any life-saving or crime-solving work the police, fire or paramedics may be trying to do at the time, all Louis cares about is getting the shot that he can sell for the highest price—and before his competitors can beat him to it. Gyllenhaal is so creepily good as Louis, he almost drips with grease. We believe there is nothing he won’t do to succeed. Gyllenhaal plays Louis with a detachment, not just from the world, but even from himself it seems, that is so eerie and spine-tingling to watch. There were so many moments that he could have fallen into traps of scenery-chewing or campiness, but he never goes there. He maintains his character throughout, just out of reach, controlled and simmering, yet you could feel the undercurrents swirling faster and faster. You just had to wonder if the dam was going to break—and when. This kind of crazy just can’t last, can it?

And that’s what is so captivating about Nightcrawler. In spite of the depressing backdrop that makes you just want to give up on society, it ironically is exactly like the car wreck that we cannot turn away from. Gilroy, making his directorial debut, does a great job creating an atmosphere to match his lead character’s sociopathic tendencies and behaviors, with magnificently moody visuals provided by Oscar-winning cinematographer Robert Elswit (There Will Be Blood). The story itself is quite simple, although it does build to quite a crescendo at the end, with even a nifty car chase thrown in for good measure. But Nightcrawler’s main credential is Jake Gyllenhaal’s mesmerizing performance that makes this film worth every second of that sick-to-your-stomach feeling. Just know there’s a YouTube full of kitten videos waiting for you at home to make you feel better. And then there’s always Jerry Springer.