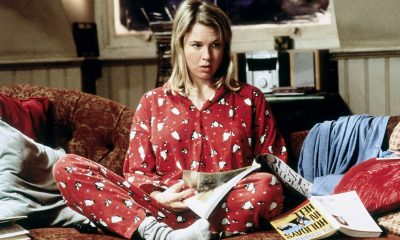 There’s nothing like being surprised when you go to the movies. In these days of relentless publicity, merchandising, advertising and build-up, it is virtually impossible to walk into any film without at least a sense of what you’ll be getting. Which, in some cases is good, others bad. I’m telling you, if I see the Pearl Harbor preview ONE MORE TIME when I go to the movies, I’m just going to scream. I think I first saw it last fall and it’s STILL running….. But I’ll probably STILL plunk down my $9 to see it anyway when it’s released next month….. But I digress….

Surprises. That’s what I like. I have a story to tell you of two surprises I encountered at the movies this past weekend. One was a good surprise and one was a bad one. And why am I reviewing both of them at the same time? Maybe it’s because I saw them in the same weekend. But maybe it’s because they both have the same WRITER. And one was great and one was horrific. I just found that irony just too much to pass up. So here goes.

Surprise #1: Bridget Jones’s Diary was actually as good as I had hoped it would be. The main surprise was how much I enjoyed Renee Zellweger’s performance, thinking she was a flash-in-the-pan who would never amount to much in her post-Jerry Maguire career. But this Texas girl valiantly adopted a credible English accent and carries this film with heart, humor and charisma. Bridget Jones is a character we all can relate to in some way or another. She is neither gorgeous nor unusually witty or smart. She is neither a supermodel nor a villain. She is good-hearted, but can be viciously insensitive. She is everywoman, and is just struggling to find a boyfriend…and struggling just to be happy in her own skin.

Based on the Helen Fielding novel of the same name, Bridget Jones’s Diary is the High Fidelity for women, for those of you who remember the John Cusack film from last year that focused on a thirty-something man and his search for love in the 90s. Renee Zellweger is as charming in this as John Cusack was in that, which is as big a compliment as I can imagine. She has proven with this role that she deserves her current place in Hollywood. This film even makes me want to rent Nurse Betty, her previous critically-acclaimed film.

But I have to say the biggest surprise of all in Bridget Jones’s Diary was the role played by Hugh Grant. Hugh Grant has made a career of being the British Tom Hanks: the romantic comedy leading man, always sweet and vulnerable, charming and modest. Well, much to Grant’s credit, in this film he turns it all on its ear by playing, well, a prick! Even if the rest of this film and Zellweger weren’t so charming, it would be worth the price of a ticket just to see Hugh Grant as you’ve never seen him before. What’s best about it all is that Bridget Jones’s Diary is co-written by Richard Curtis, the same writer who wrote Notting Hill and Four Weddings and a Funeral, the two films that created the enduring Hugh Grant phenomenon. You can just imagine the fun the filmmakers must’ve had turning audience expectations on their ears by allowing Grant to play a character so unlike anything we’ve seen from him.