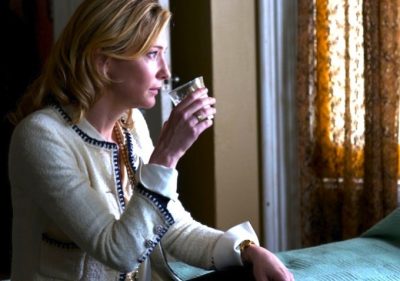 It’s taken me a long time to warm up to Woody Allen. I pretty much stayed away for most of my life, to be honest, his style and genre never were my cup of tea. When I was younger, it always seemed to me he was interested in telling one kind of story: New York anxiety. As I got older, I found I didn’t need Woody Allen for that, I had Seinfeld and Larry David. I just never understood the fascination, nee the adoration, my fellow film lovers had for Allen and his niche.

Then two seemingly simultaneous things happened: I became an adult and Woody expanded his worldview. Literally. He turned his attention away from New York and started making movies that were homages instead to other major cities of the world, so much so that the cities became characters unto themselves. Match Point is set in London and is uniquely British. Vicky Cristina Barcelona is Woody’s love letter to Barcelona. To Rome With Love is his ode to the Italian capital. Midnight in Paris is, naturally, his cinematic bouquet to the City of Lights and now, Blue Jasmine is set in the City by the Bay, San Francisco.

But there’s something different right off the bat about Blue Jasmine. If I was expecting an easy travelogue trifle, I figured out pretty quickly that it was to be a different experience. Blue Jasmine was not going to be a love letter to the Golden Gate, with pretty rides on the cable cars and scenic views from Nob Hill out to Alcatraz Island. Not that it opens darkly, quite the opposite, it opens quite wonderfully, with the absolutely mesmerizing Jasmine, played by Cate Blanchett, dressed to the nines, arriving via First Class, to San Francisco from New York, where we learn she will be staying with her sister for an indeterminate amount of time. But, from there, we learn of her circumstances: she is the disgraced and widowed wife of a criminal New York financier (played in flashback by Alec Baldwin) who has stolen and cheated millions from innocent victims, (ala Bernie Madoff) and is now penniless and homeless, forced to travel cross-country to beg the kindess of her working-class sister (played by Sally Hawkins). While Jasmine may seem put together on the outside, she is a total basket-case on the inside, in denial of the severity of her circumstances until faced with them and, even then, seemingly oblivious to their daunting reality. At first, it’s nearly played for laughs, the fish-out-of-water setup, but all obvious sitcom scenarios are avoided by the skill and talents of the artists at work here. Both Allen and Blanchett are at the top of their game, masterfully creating a character study that moves from initial bewilderment and confusion through awkward reckoning, and finally, to—well, I’m not going to spoil it.

What I will spoil here is that you will not see a finer acting performance than what Cate Blanchett delivers here. When I say this movie is a character study, it is an understatement. That’s not to say there’s not a lot else going on in this movie, between the thinly veiled Streetcar Named Desire references to the obvious Ruth Madoff inspiration, there is a rich tapestry of characters and stories swirling everywhere in Blue Jasmine, from Sally Hawkins’ playful and vibrantly endearing sister to Bobby Cannavale’s sweet and dumb grease monkey, even Andrew Dice Clay is perfectly cast and is not distracting for a second—even I can’t believe I said that. But every bright color in Blue Jasmine is dulled by the vibrancy of Blanchett’s Jasmine, in all her twisted frailty and vapid charm.

When you are so good that you make a Woody Allen movie completely yours and make people forget about the Tennessee Williams stuff, the Ruth Madoff stuff and even the Woody Allen stuff, that is the stuff of legend, and that’s how good Blanchett’s performance is.

What’s so good about it? It’s just one of those performances that’s completely compelling and absorbing to watch, from the first second. She sucks you in, there is not a single predictable moment, not a predictable phrase or breath in the entire film. The character is completely unknowable, completely unsentimental, and yet you desperately want to root for her—and still don’t? I can’t speak for anyone else’s experience of watching her character, but the constant emotional push-pull with my compassionate self was brutal. And I loved every second of it. It’s impossible to explain, all I can say is it is something to see.

Blue Jasmine is not a comedy, it’s not a travelogue, nor is it standard Woody Allen. But it is a really good movie with a great cast surrounding a lead acting performance that will almost certainly be one of the best you’ll see this year. The long, sense-numbing summer is over. Get ready to feel again. Go.