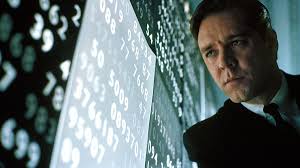 Everyone at DreamWorks and Universal hope that Russell Crowe can do what Tom Hanks did in 1993 and 1994. People doubted that anyone would ever be able to win two Best Actor Oscars in a row, but Hanks did it for Philadelphia and Forrest Gump those years. Now, a year after winning Best Actor for Gladiator, Crowe is again a front-runner to snag the top prize for his portrayal of tormented genius John Nash in A Beautiful Mind. But unfortunately, Tom Hanks was and is one of the most beloved actors in Hollywood and Crowe is, well, Crowe is less-liked, to put it gently. Will that affect the way the Academy votes for him? It will. But it doesn’t make his achievement in A Beautiful Mind any less deserving.

Ron Howard has been desperate for an Oscar breakthrough. The prodigal Hollywood son, Howard has been toiling behind the camera for years, distinguishing himself mainly as a mainstream box-office hit-maker. While no director would begrudge hits, Howard has been aching to pull off the feat that his colleagues Steven Spielberg and James Cameron achieved: finding Oscar after a successful career of box-office hits. He seemed to have found his Oscar opening in 1995 with Apollo 13, a critical and box-office hit, but he was, again, shut out at Oscar time. Now Howard makes another run at the golden guy with A Beautiful Mind, and has left his hopes in the very capable hands of Russell Crowe, Tinseltown’s #1 gloomy but gutsy winner.

A Beautiful Mind is based on the real life story of acclaimed mathematician John Nash, who won a Nobel Prize for his work on game theory. There won’t be too much more I will divulge here, because to talk about more would definitely alter your ability to see the film with an open mind. But Nash’s character is perfectly suited to Crowe’s ability to charm and confuse at the same moment. Crowe is one of my favorite actors today, ever since his too-often-overlooked amazing performance in L.A. Confidential in 1997 and his well-deserved Academy Award winning performance in Gladiator last year. His ability to transform himself and disappear into his characters will put him in the same breath with DeNiro as his career progresses, but, for now, he is just REALLY good. And it is truly a joy to watch him work.

He is paired nicely with Jennifer Connelly, an actress who has bounced around Hollywood for a long time, but has never hit the big time…not until this film, at least. Her strength and beauty are a lethal combination and one that matches Crowe’s performance, step-by-step. Ed Harris also provides his usual cinematic force, playing a shadowy character who haunts Crowe’s tortured genius.

As for Howard’s direction, it seems he has finally grown up. After years of directing bubble-gum fare, such as How The Grinch Stole Christmas, Ransom, Backdraft, and Far and Away, he achieves a maturity on A Beautiful Mind that should earn him some long- sought recognition from his peers. Finally, Opie has his opus.