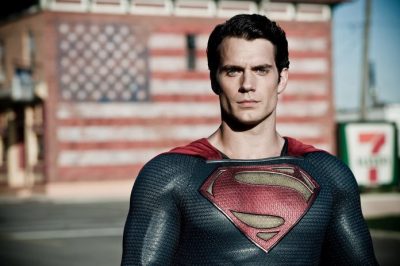 If you have ever doubted that you are a product of your childhood, consider this.

I generally couldn’t care less about superhero movies. Batman, Iron Man, Spider-Man, Hulk, Avengers, Green Lantern, name any of these and I generally shrug my shoulders and say: sure, I’ll go—but tell me why. I’m not going to go just because of some mythology or some pre-packaged formula without the promise of payoff. They look great, but why do I care? It all seems kinda hokey, a little cheesy, and those masks and tights are all a bit silly aren’t they?

But…when you start talking about Superman, then we’re talking a whole new ball game. Suddenly, we are talking about an important part of our collective pop culture and a critically vital piece of Americana. You never had to sell me on Superman.

As you listen to all the critics and bloggers this week and in the coming weeks argue heatedly about the merits or lack thereof of the newly-released and latest Superman movie Man of Steel, you may want to remember this: before the year 2000, there were only 9 major Hollywood superhero movies made. The first one, Superman, was released in 1978. If we assume that most bloggers/critics are about my age (mid-40s), that would make us 8 at the time. Superman II came out in 1980, which would make us 10 at the time. Superman III came out when we were 13. Superman IV came out when we were 17. So the only superhero we saw from the age 8 to 17 was Superman (the only other pre-2000 superhero movies were pre-Nolan Batman movies). And the only Superman we knew was Christopher Reeve. So that was the Superman that was implanted in our brains, in our young psyches, in our young, future pop-culture blogger brains, in our young writer souls, imprinted with the chisled jaw of the handsome, idealized and forever-beautiful Christopher Reeve, gone too soon and immortalized in our childhood memory.

So maybe that’s why it’s so easy to hate this new movie so much. Maybe those Christopher Reeve movies just set the standards too high for quality film-making.

I’m tongue-in-cheek there, but I’m on to something. We know those movies in the ‘80s were silly and, other than Reeve being really great in the role, not so high-quality, but what they did do was establish what we love about Superman: the character. I’ve never read the comic books, but what I came to learn about the superhero in those movies from my childhood is this is a guy who is good through and through but is occasionally conflicted about his powers. He is afraid of doing more harm than good—he has to understand how to control himself so he never hurts those that he loves. And if he is ever the reason that anyone he loves is in harm’s way, that would be the worst thing that could ever happen. This is the Superman I loved when I was 8 and still want to see when I’m 42.

Apparently, the Superman the filmmakers of Man of Steel want to show us is his twin brother. Not that their Superman is a bad guy or that he intentionally sets out to hurt anyone, that would be too obvious. But this Superman—the Superman we meet in 2013 in a Smallville with apparently an endless supply of property insurance—couldn’t care less about putting the humans he professes to care about in the path of danger or about destroying the entireties of their cities, or, at the very least, allowing his widowed mother’s home to be destroyed while he stands around watching. Oh, don’t worry, he comes back while she is picking out family photos from the rubble to calmly ask if she’s alright. This is where I would have said “um, Clark, honey…I’ve seen you lift trains off the ground—you couldn’t have wrestled that guy maybe a mile THAT way, so your family home that’s been standing here for 80 years wouldn’t have been destroyed? Son?”

Yes, I imagine it must be hard to make any Superman movie after the beloved Christopher Reeve movies of the ‘80s, but reboots are all the rage now, and Superman is the most beloved superhero of them all, so new generations must have their own chisled jaw to imprint their psyches, I suppose. But after Superman Returns, 2006’s first reboot, failed (relatively), the pressure was on to find the right formula to stick. The studio brought in fanboy favorite director Zack Snyder (300, Watchmen, Sucker Punch) for Man of Steel and are hoping just having Christopher Nolan’s name as producer and co-writer will be enough to propel this new inception (ha ha) to great heights (and many sequels).

There’s also a new face (and body) for our hero, Brit newcomer Henry Cavill. To say that Cavill looks the part is an understatement. You won’t find any one thing everyone will agree on with this movie except this: Henry Cavill makes a great Superman. Hot damn.

As for the movie. Let me first say what’s right with it because that will be quick and easy: 1) Henry Cavill as Clark Kent/Superman. 2) Amy Adams as Lois Lane. 3) Russell Crowe makes us forget about Les Miserables and reminds us why he has an Oscar. 4) The score by Hans Zimmer.

Now for the rest of the movie. Man of Steel is an origins tale that tells a ½ hour story in 2 ½ hours. While the story of Superman’s birth and journey from Krypton to Earth and reason for defending Earth against the threat of General Zod (played by an earnest but overwrought Michael Shannon) are interesting, they are not interesting enough to warrant the attention they are given here. Given far lesser screen time and attention is Clark, the “human” side of Superman, and his backstory, especially the one with his Ma and Pa Kent (played by Kevin Costner and Diane Lane) in Kansas, which is given snapshots, not nearly enough to generate any emotional connection. A nice twist seems to come when Superman meets Lois Lane, but, even so, the relationship is not given any time to gel before director Snyder rams in his bombastic action sequences that have all the grace of an elephant on steroids.

The last third of the movie is nothing but a series of video-game destruction scenes that are so mindless, pointless and unendurable that I sat there wondering who has this kind of money to burn. There was lazy military cliché writing that I would only expect to see in GI Joe sequels. But, by far, the worst part of Man of Steel was the repetitive nature of the destruction. We get that you have two indestructible guys fighting to the death on our little destructible planet, so things are going to get broken, I get that. But what I don’t get, really, is that one of those indestructible guys is supposed to be looking out for us. And his apparent total lack of awareness of the destruction, and the filmmaker’s apparent total lack of awareness of the repetitiveness of the destruction—how many times can we watch a building get demolished before it gets old?—results in audience numbness. And the payoff? After all of it? Well, I obviously won’t give it away, but if you think it’s worth it, you’ll be sorely disappointed.

And this isn’t even my biggest beef with this movie. As I’ve already pointed out here, my love of Superman comes from my memories of what Christopher Reeve brought to the character when I was a kid. He fleshed him out, made him whole, made him loveable. This is what I wanted to see from Cavill’s portrayal. I wanted to see Cavill’s take on the tormented hero, the man trying to come to terms with who he is—conflicted, given a mission, torn from his home, asked to protect another one. Zack Snyder’s Superman gives us glimpses of torment, flashes of anger and fear, of charm and confidence, and, ultimately, of understanding. But we are never given the chance to see a character form. The one thing that always existed in the Christopher Reeve movies never exists for a moment in Man of Steel: an emotional connection. All this movie made me do was connect with how much I miss Christopher Reeve.

But I need to emphasize again here: Man of Steel is not Henry Cavill’s fault. We have not yet seen what he can do with the character. I really like him as Superman. He is not Christopher Reeve. He will never be Christopher Reeve, and that’s ok. I look forward to seeing what he can do with the character. Just as we’ve seen what James Bond can be with a great actor and a great director, let’s look forward to the possibilities of what Superman can be in the hands of a great actor and, hopefully, a great director….someday soon.