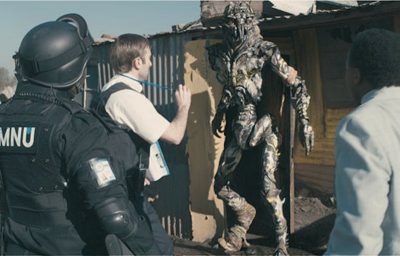 You can already feel the effects of the Academy’s decision to open up the Best Picture race to 10 films this year, instead of just 5. The announcement came at the beginning of the summer movie season, a stretch not usually known for Oscar contenders, but its impact has already been felt, as summer releases such as Star Trek, Up, and The Hurt Locker—movies that, in past years, might have gone ignored at Oscar time—are being talked about as potential Best Picture nominees.

Call Summer of 2009 the Turning Point. Maybe the days of the studios cramming all their potential award-baiters into that small window between Thanksgiving and New Years are over. This summer has already seen more potential Oscar contenders released than I can remember from previous years, and we can only hope that the trend will continue. You can’t underestimate summer anymore.

But what we will continue to underestimate is the genre of science fiction. Only three science fiction movies have ever been nominated for Best Picture: E.T.: The Extra-Terrestrial, Star Wars and A Clockwork Orange. While we can certainly debate what defines the genre of science fiction (is A Clockwork Orange really science fiction?), most of us think we know it when we see it. And the genre is truly a polarizing one. It has its tremendously embracing fan base, those who flock to conventions and engage whole-heartedly in its themes, characters and concepts, and then it has the rest of us, who are often only fleetingly aware of these films, go to see them once in a while, and pay little attention to their influence on popular culture as a whole.

All that may change with District 9.

Imagine this: an alien ship comes to earth, parks above a major city, then we break into it and find a million alien refugees inside. We decide, in our endless brilliance, to set them up on earth in a giant township. Then, after twenty years of various social and political upheavals between the aliens and humans, the decision is made to “relocate” the aliens to a new settlement. That’s when it gets interesting.

That’s the thing about District 9: it’s endlessly interesting. It is about as pure a science fiction film as you can get, but, at the same time, it finds a way to be relevant and relatable to what and who we are now, which manages to engage both our minds and our emotions in ways you wouldn’t expect.

The relevance comes from the choice of setting, that being Johannesburg, South Africa, and the fact that the majority of the film is shot in the slums of Johannesburg, which makes the film a clear allegory for that country’s apartheid past and still-current tensions. But even with the transparent parallels, this never feels overtly like a “message movie.” Instead, District 9 keeps coming at you, relentlessly and unexpectedly, as a tension-filled action-drama and before you know it, you are completely immersed.

This is certainly not the greatest film I’ve ever seen. It’s not even the best movie I’ve seen this month. But as I was walking out of the theatre, one word kept coming back at me about District 9: interesting. It held my interest, I found it interesting and it had interesting things to say. Sure, there are wicked special effects, the CGI is seamless and the performance of newcomer Sharlto Copley is absolutely riveting, but it is the story that makes District 9 so compelling.

We seem to have hard enough of a time living with each other as humans, imagine throwing aliens from another planet into the mix. Would we embrace them? Fear them? Want to learn from them? Do our basest human elements come to the surface when we feel threatened or when we feel empathy? Is how we treat ourselves reflected in how we treat others? Granted, these are deep questions perhaps not suited for a summer action movie, but they are there nonetheless, hidden beneath the surface of this potent popcorn people-pleaser. It’s a far cry from Eliot trying to phone home.

Writer/director Neill Blomkamp’s style is raw and without gimmick, and you won’t see any eye-popping cinematography, but the mix of documentary-style with action and drama in a pure science fiction film is intriguing and brilliant. District 9 is inventive, raw, very rough at times, and fascinating. I can’t say I agree whole-heartedly with the critics that are hailing it as the best thing since sliced bread, but it certainly is a taste of something new and different.