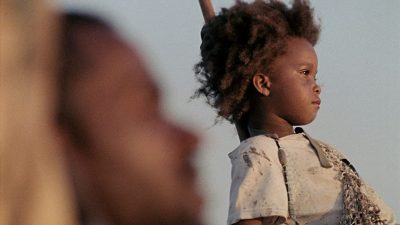 Comparing most Hollywood movies to fast food seems appropriate: simple, easy and pleasing to the senses but, in the end, really bad for you and often regretful. Essentially any Channing Tatum movie.

Some movies can provide a bit more nourishment, even though they take a little more work. The Tree of Life is a good example of this: a pleasant experience, but requires some real effort to get anything out of it. Let’s call this a cinematic soufflé.

And then there’s the broccoli. These are the movies that you really can’t say you enjoy but have all the essential cinematic nutrients and are, despite the slightly unpleasant taste, really, really good for you.

Such is Beasts of the Southern Wild. From the first frame of the film, I had a knot in the pit of my stomach. And I hate that. I hate being tense, uncomfortable, upset and emotionally ravaged by a film. But I also knew, from the first frame, that it would be a staggeringly affecting piece of cinema. And I was right.

Beasts of the Southern Wild is a difficult film to describe, so I won’t try to. I’ll just say that it is a story of Hushpuppy, a 6-year-old girl (played with heartbreaking strength by Quvenzhané Wallis ) who lives in “the bathtub,” the devastatingly impoverished area at the end of the world. Despite the fact that the movie calls itself a fantasy, it’s impossible to not think of the film as set in rural Louisiana, especially when a huge storm rolls through, akin to Hurricane Katrina. While this isn’t a Hurricane Katrina movie, the storm does play a central role in Hushpuppy’s story. And it is Hushpuppy’s story that we are here to see.

This movie succeeds in all the ways Where the Wild Things Are couldn’t as a film. A child’s imagination is what sustains them in the darkest of moments and Beasts of the Southern Wild takes us deep into these moments and we experience them through Hushpuppy’s eyes as they are transformed into something they have to be: bearable.

The instinct to feel sorry for Hushpuppy (one that is overwhelming at the start) fades quickly as you are consumed by her spirit and love for—and understanding of—life and the world that surrounds her. You can’t help but be moved by her spunk and optimism, and yet her seemingly brutal understanding of her circumstances makes for a riveting and deeply textured character. And yes, she’s SIX.

Hushpuppy’s age and unbearable cuteness make Beasts of the Southern Wild so hard to watch, but I had to keep reminding myself that the discomfort I was feeling was sourced in my reality, not hers. In my mind, her life is missing so much. In hers, her world is full and brimming with possibilities. And this is where Beasts of the Southern Wild will reach in and pull your heart out.

There isn’t much of a story told here, it is a slice of life, if you will. Despite the supposedly fictional setting, it’s hard to not see it as a stand-in for the poorest parts of our country, which we all know exist but have chosen to ignore or abandon years ago. It shows the other side of a natural disaster, the side of those who live through it. But mostly, Beasts of the Southern Wild is about a child who knows nothing but struggle and hardship but still finds the beauty in the world and the strength within herself to endure.

This review makes me sound like the whitest, most middle-class, politically correct liberal on earth. (Which I just might be.) But I defy anyone to not have the same experience I did when watching this movie. Great movies are about great characters and Hushpuppy is one that will be hard to let go, no matter who you are.