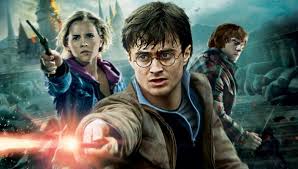 When Raiders of the Lost Ark came out in 1981, director Steven Spielberg was quoted as saying he stylized the film specifically to be reminiscent of the classic serials from the 40s and 50s. According to Wikipedia, these classic serials were: “Also known as ‘chapter plays’, they were extended motion pictures broken into a number of segments called ‘chapters’ or ‘episodes’. Each chapter would be screened at the same theater for one week. The serial would end with a cliffhanger in which the hero and heroine would find themselves in a perilous situation from which there apparently could be no escape. Viewers would have to return in subsequent weeks to see the cliffhangers resolved and to follow the continuing story.”

I’m assuming that the presence of these serials disappeared as television became more prevalent, because, if you ask me, that description sounds exactly like Dallas. The concept of a running story, told over many installments, has now been relegated to television and not movies. Even a long-standing movie franchise, such as the James Bond series, tells a different story in each film, the only constant being certain characters. The closest thing I’d seen to a several-movie arc of one story was the Lord of the Rings trilogy, and that was, obviously, just three “chapters.” (Even the Star Wars saga feels like 6 distinct movies, instead of six chapters of one singular story). It just doesn’t happen anymore.

Until Harry, that is.

Never in my life have I experienced such a cinematic achievement as the Harry Potter franchise. There have been movies made of popular books before, but never before had books and films gone so hand-in-hand as the series of Harry Potter books by J.K. Rowling and the 8 movies of those books, starring Daniel Radcliffe, Emma Watson and Rupert Grint. The Harry Potter movies—all 8 of them—followed a narrative arc and each one picked up where the last one left off—just like the books—giving the audience a real taste of what story-telling really is in this limited attention span, MTV culture we live in. And the fact that these movies have broken box office records means there is still a demand out there not only for good stories and compelling characters, but for depth and detail.

If you write it—and film it—well, they will come.

And come they will to the final chapter in the Harry Potter saga, Harry Potter and the Deathly Hallows, Part 2, which opens this Friday. And, as a film, it is a fitting close to a series of films that have been breathtakingly well made, with some of the finest acting and production values ever put to film.

Reviewing this film seems almost unnecessary. It is the end, the final showdown between good and evil, and if you are looking for conflict, drama, excitement and resolution, you’ve got it. Where Part I may have felt slow and calculated, Part II is anything but, as it all comes to a head in a fantastic finish, filled with battles, heroes, redemption and revelation.

For me, though, these films have always been more about the packaging than the content. While the story has been compelling, what has made each Harry Potter film so unique is the commitment to quality, from set decoration to actors to cinematography and art direction. And that’s not even to mention the special effects, which have not only helped to tell the story, but, in some cases, has created the story. Why these films have not been recognized for their achievements is beyond me—something that should be rectified at next year’s Oscars.

The final chapter in the Harry Potter saga is epic, to say the least. All the actors are glorious, as usual. Everyone’s back for this one, making this film perhaps the greatest gathering of English actors ever assembled in one film. But the film is still carried by one of the least-experienced actors of all, the now all-grown-up Daniel Radcliffe, who 10 years ago was propelled into our cultural consciousness as Harry Potter, boy wizard. Radcliffe has grown tremendously since that first film (Harry Potter and the Sorcerer’s Stone) back in 2001. And as Radcliffe matures, so does Harry. And so does the franchise. While it took me a while to warm to him as an actor, even I concede that Radcliffe now owns the screen as Harry and he is excellent in this final chapter. Harry has matured, grown more confident and has a deeper understanding of his place in the world. It seems Daniel Radcliffe has followed the same path as an actor and it shows in his passionate and seemingly personal final performance as this iconic character that will forever define him. Not a single minute of this franchise would have worked if Harry didn’t work. And Daniel Radcliffe deserves all the credit.

Credit is due everywhere in this film, from director David Yates (on this 4th Harry Potter film) and screenwriter Steve Kloves, who has written 7 of the 8 installments in the franchise. Kloves’ ability to turn Rowling’s massive tomes into screenplays that are both filmable and watchable is the most under-rated and valuable asset in the franchise.

Perhaps the reason why it’s so hard to review these films is because they do not belong as single entities. These 8 films belong together, in one collection, and should be considered—and seen—together. Harry Potter and the Deathly Hallows, Part 2 is the final chapter of a story well told, but, more important than that, it is the final taste of a delectable 8-course meal that you must savor with every bite.