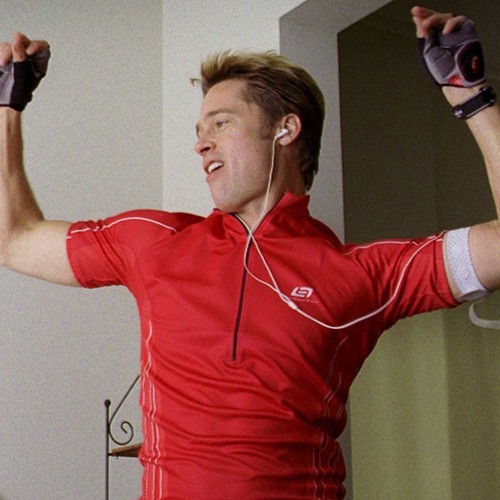 Back in 1992, I reviewed a movie that I thought was the biggest waste of talent I had ever seen. The movie was Toys and it was directed by Barry Levinson and starred Robin Williams and Joan Cusack. I HATED it. I also hated a film that came out two years after it, called Mixed Nuts, that, to this day, I still call the worst film I have ever seen. Directed by Nora Ephron and starring such great talents as Steve Martin, Madeline Kahn, Adam Sandler, Juliette Lewis, Parker Posey and Robert Klein, Mixed Nuts was and is the biggest disaster of a film I have yet to endure. (I pride myself on managing to avoid the ones that really look like they would be disasters, so until someone pays me to see every film that’s released, I still get to pick and choose. Guess this one snuck up on me.)

While the disappointment seemed equal, the emotions were distinctly different with these two cinematic experiences. Toys left me empty and deeply disappointed, as I felt it was a missed opportunity. It was clear to me that everyone tried really hard (the production values were terrific), but it just made a wrong turn and kept going and by the end of the film was completely off course. Half an hour into Mixed Nuts, on the other hand, I was just angry. I wanted to leave, but I was with someone, so I couldn’t. I felt cheated and almost abused at the despicable lack of effort put forth by everyone involved. Don’t get me wrong, I understand there are movies that are so bad they are good and fun to watch (see Showgirls and Grease 2), but then there are movies, like Mixed Nuts, that are so bad that they are insulting.

What’s most insulting is wasted talent. It’s always sad to see. It was sad to see in Toys, it was maddening to see in Mixed Nuts, and, in the current release by the reigning Oscar winners for Best Picture, Best Director and Best Screenplay, it is bewildering. But, because Burn After Reading is from the Coen Brothers, it is also forgivable. But that doesn’t mean it’s not tremendously forgettable.

I’m the biggest Coen Brothers fan. From Barton Fink to No Country For Old Men, I am passionate about their vision and style and their storytelling genius is only surpassed by their ability to create characters that are brutal, raw, ribald, and often live somewhere between poetry and madness. Which is all the more reason why Burn After Reading is so spectacularly baffling. Coming off of their biggest critical success of their career with No Country For Old Men, which earned the greatest reviews of their career and earned them several much-deserved Oscars, including Best Picture, Joel and Ethan Coen maybe felt they could sneak this film by us and we wouldn’t notice. (I wonder what would have happened if Herman Melville followed up Moby Dick with a short story about poodles.)

Brad Pitt is in it. And he’s hilarious. Really hilarious. We should never forget that Brad Pitt is a really great actor and can do anything. Really. George Clooney is in it. And Frances McDormand. And Tilda Swinton. Oscar winners all. And all fantastic actors. John Malkovich is awesome and makes me wonder why he’s never been in a Coen Brothers film before, he seems born for them. But no matter how many great actors are in front of the camera and how many brilliant directors and producers are behind it, nothing matters if they are all just phoning it in. This film literally feels like it was made in a week, there is such little care, craft and effort displayed. There has never been a Coen Brothers film with such little style or even a single attempt at shot-making. I’ve seen wedding videos with more imagination.

The bottom line here is it’s just sad. I’m not angry, I’m not even really disappointed, because I know they can do better and I know they have and will do better again. I just feel like I went on a bad date with someone I really like. I know I really like them, I know I’ll still like them tomorrow, but we just had a bad night. We’ll say goodnight and start fresh again tomorrow and we’ll just let this one go.

So, if you’re not sure whether to see this film or not and you’re buying the marketing that says “From the people who brought you No Country For Old Men” and “A Comedy Starring Brad Pitt and George Clooney”……just take my word for it—-don’t waste your time. The actors are great, yes, but the story is incomprehensible, stupid and inane, the dialogue is almost unutterable and, for a film that claims to be a comedy, it is about as funny as a sprained ankle. Skip it.

But, if you’re a Coen Brothers fan and, like me, have to see everything they do, no matter what? Well, just be warned. And know that, like me, you’ll just have to let this one go.