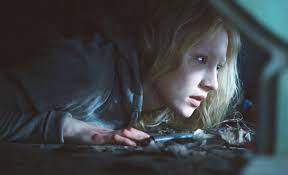 Here’s something to make your head spin: there will be 27 sequels or remakes in 2011. Twenty-seven. What this tells me is that everyone in Hollywood has accepted that there are no more ideas and the only way to make a movie these days is to rely on a young audience with memory loss.

But here’s where Hollywood’s lack of imagination is so blatantly obvious. What they fail to realize is that you don’t always need a new idea, you just need a fresh way to approach an old one. It’s called creativity.

Joe Wright is not a director I would have previously labeled as a groundbreaking visionary. Prior to his current film, Hanna, he had only directed three films, none of which are known for any particular cinematic gymnastics. Pride & Prejudice, Atonement and The Soloist are all relatively introverted films, character-driven and story-heavy, which, seemingly, would have made him an odd choice to direct Hanna, an action-revenge thriller. But even in spite of my initial reservations (I hated Atonement), even I have to admit that Hanna did far more than exceed my expectations—it blew them away.

Hanna is a film you don’t see coming. Yes, the story is simple—a 16-year old girl is raised in isolation by her father, trained to be a warrior. The CIA wants her and she wants revenge on the person or people who she’s been told killed her mother. All questions will be answered in due time, but who will get to who first? Yup, seen it a million times (Jason Bourne ring a bell?).

But Hanna is so much more than your standard cat-and-mouse thriller. Where stilted dialogue and simple plot fail here, style succeeds as Wright crafts a captivating and engaging movie that gets better as it goes on. During the opening scenes, I truly found myself uninvolved and even bored, rolling my eyes at some of the dialogue and spun around by the seemingly chaotic blend of trance music and frenetic camerawork.

But this movie grows on you.

The dialogue is often wooden, it’s true, but you know what? There is hardly any of it. Hanna is a cacophonous symphony of music and visuals, each scene more pulsing than the last. Reminiscent of the raw and energetic German film Run, Lola, Run, Hanna is more music video than narrative film—the hypnotic score by The Chemical Brothers proves to be the most relevant element of the film. Initially jarred by the volume and intensity of the soundtrack, I eventually found myself sucked in by the score’s trance-like effectiveness and pitch-perfect reflection of the film’s disturbing themes.

Of course, besides the music and the tightly-choreographed visuals, this film is nothing without the performance of Saoirse Ronan, who plays the title character. An actress who we saw coming years ago with her stunningly complex performance in Atonement when she was just 13, Ronan, now 17, arrives with this calculated and layered performance. She makes a completely unbelievable character believable, and she is able to make the audience root for her in spite of a total lack of vulnerability. With Ronan, you always feel like there’s something going on underneath the surface, and all that seeming innocence is just a cover for something deeper and darker. Her Hanna is all of that and more.

The one disappointment I have in this movie is the performance of Cate Blanchett as the CIA agent who pursues Hanna. While I find it incredible that I could ever be disappointed in Blanchett, she just seems to force it a bit as she tries to pull off the part of a cold-blooded bitch. Blanchett is a naturally textured performer and to see her so artificially one-dimensional is almost painful. But, all that being said, I still would rather watch a one-dimensional Cate Blanchett than a three-dimensional anyone else, so I’ll take it.

Overall, Hanna was a welcome return to the theatre for me, after a long and dark winter hiatus. If it is any sign of things to come, 2011 just may be able to overcome its grim forecast. A little imagination can go a long way.