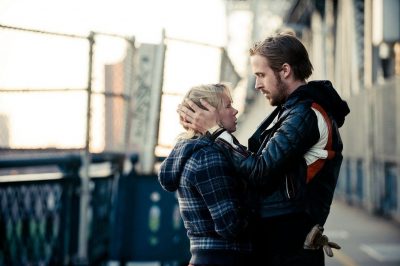 Movies shouldn’t be hard work. If someone paid me to watch movies, I’d gladly do it and chalk it up to professional obligation, but when I’m choosing to go see movies and paying for them, it should be something that brings me some sort of fulfillment, joy, escape or intellectual stimulation. Blue Valentine just gave me a headache.

Yes, I was hoping to see two great performances. Ryan Gosling and Michelle Williams have been lauded for their parts in this gritty, realistic story of a marriage on the rocks, and both of them deliver. But, for the very reason why I believe The Social Network deserves the Oscar for Best Picture, Blue Valentine fails as a film: a movie has to be more than just great performances. It has to work on every level. And Blue Valentine’s cons so outweigh its pros that I can easily tell you to stay away.

Yes, Gosling and Williams are two of Hollywood’s brightest young acting talents. And yes, they both have plenty of opportunity here to flex their chops and show their range. But the movie is just too hard to watch. And ALL the blame falls on the director, Derek Cianfrance , whose idiotic choice of filming the entire movie with a hand-held camera while using extreme close-ups in nearly every scene for every moment of interaction between every character made this film hateful –and exhausting –from the get go. It was like watching a movie through a telescope. You’d better like looking at Gosling and Williams’ faces because, for two hours, that’s what you get—that’s pretty much all you get. This is Cianfrance’s first major motion picture, and it needs to be his last.

While Blue Valentine does get points for raw, gritty honesty while taking a realistic look at something that is way too romanticized and idealized in movies, it fails to do the one thing it should do: move us. All it made me want to do was move into another theatre.