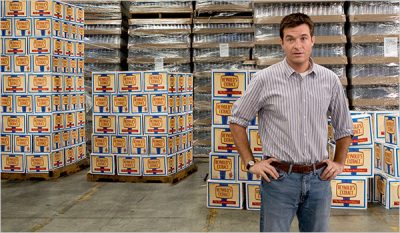 I hate the term “cult classic.” But, unfortunately, this is the term that has been thrust upon that genre of film that is unable to find mainstream success, but finds a devoted and passionate audience that keeps the film alive long past its release date. These are films that came and went in the theatres (and often ignored or even panned by the critics) but are staples on DVD shelves and are considered the most re-watchable and the most quotable films in Hollywood history—at least by their devoted fans. Such recent examples of cult classics are The Big Lebowski, Donnie Darko, This is Spinal Tap, Napoleon Dynamite, and, perhaps the most loved cult classic of my generation, Office Space.

And I’ll happily admit it. I am a member of the Office Space cult.

When I find someone else who loves Office Space, even if I’ve just met them two minutes earlier, we will instantly spend the next fifteen minutes rifling off lines from the movie, enacting scenes and impersonating characters, to our endless mutual delight. Situations in daily life often call for Office Space references, and anyone “in the know” instantly understands and joins in. It is a common understanding, a special language, a cult of personality. It is more than a movie—it is a joined cultural experience.

And maybe that was just too much for writer/director Mike Judge to live up to.

Judge’s new film, Extract, is loaded with potential. More specifically, it is loaded with talent. Cast with a veritable treasure trove of contemporary comedic geniuses, from Jason Bateman and Mila Kunis to Kristen Wiig and J.K. Simmons, Extract is also typically loaded with terrific character actors that make up an ensemble that is perfectly quirky, demented and hilarious.

The problem is there just isn’t much else. Extract is the story of an owner of an independent flavoring extract factory (Bateman) who must deal every day with his loony workers and his bored wife (Wiig). When a mysterious and beautiful drifter (Kunis) comes to town, things go haywire and our hero makes some bad decisions that end up being neither funny nor tragic. And nothing really happens.

But worst of all, it’s just not funny.

There are, naturally, some amusing moments, most of them born out of interactions with the only classic and typical Mike Judge character, the annoying neighbor who can’t take a hint, played superbly by David Koechner. But, for the most part, Extract is lazily done, easy to watch and easily accepted, mostly due to an incredibly watchable cast. But the script is so lightweight it almost feels as if it were made for tv and there is not a memorable line or character in sight. Hard to believe I was sitting in such a quiet movie theatre for a Mike Judge film. Maybe everyone was smiling—but I can tell you nobody was laughing.

The cult of personality is a tough act to follow.