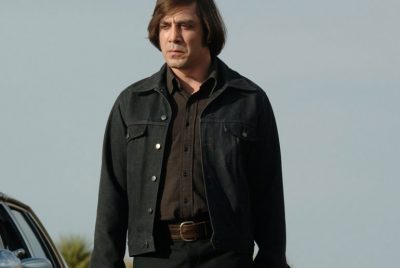 I imagine it would be difficult, as a writer/director, to constantly try to live up to what many refer to as your “masterpiece.” As an artist, you would want to move on, try new things, break new ground, explore different directions. Joel and Ethan Coen might have been at such an artistic crossroad.

I am a huge Coen Brothers fan, and have been ever since Barton Fink, which I consider to be their original masterpiece. BUT the world considers the Coens’ masterpiece to be Fargo. It catapulted them to international prominence, won them an Oscar (for screenplay), was nominated for Best Picture, and was an actual box office success, which is unheard of for guys who make films that are so offbeat they make Tim Burton look like John Hughes.

After years of being cult and critics’ darlings, they seemed to use their newfound mainstream cache to make films that were a little…different: The Big Lebowski (a comedy about bowling), O Brother, Where Art Thou (a comedic retelling of Homer’s The Odyssey, set in the deep South in the 1930’s), The Man Who Wasn’t There (a film noir), Intolerable Cruelty (a romantic farce), and The Ladykillers (a crime comedy). While The Big Lebowski gained a sizable fan following and O Brother, Where Art Thou pleased the critics, none of these films even came close to Fargo’s critical or commercial success.

Why, do you ask, am I spending time re-hashing the filmography of the Coens instead of focusing on their current project? I go back to the Fargo of 1996, the site of their last true cinematic crowning achievement, because I believe that is where the seed of their current cinematic achievement is planted. Deeply and firmly. I believe the Coens have been carrying Fargo around for 11 years, and, while they probably never regret for a second its existence or success, they have been looking for a way to purge it. To put it to rest. To put it behind them. And Ladykillers didn’t do it.

So they made No Country For Old Men. Their anti-Fargo.

But what’s really interesting about No Country For Old Men is for all it has— violence, intrigue, suspense—it lacks something Fargo had in spades: a soul. It’s as if the Coens decided to purge Fargo by actually remaking it. But, this time, they made its opposite, its spiritual and moral flipside.

Looking back to Fargo, that film’s spirit is dominated by the strong and good-hearted sheriff, who seeks justice for the innocent and triumphs over evil. In No Country For Old Men, on the contrary, the sheriff, played by Tommy Lee Jones, is a distant figure and seems almost ambivalent about his profession, even questioning his effectiveness. His desire to pack it in, feeling that he is overmatched by the world is the polar opposite to Fargo’s little-engine-that-could. In No Country For Old Men, the dominant figure and the spirit of the film is the criminal, a thinker, philosophical and unstoppable. Relentless, friendless, unforgiving and pure evil, he is Damien with history’s worst haircut, played by Javier Bardem.

Even with all its violence, Fargo was essentially a feel-good film. It gave you bumbling fools who got caught, a clear-cut heroine to cheer for and, finally, closure, all nestled in a linear story arc with dileneated characters and motivations. No Country For Old Men could not be any more different. This film is dark. It is slow and unforgiving. From first frame, we have no information about anyone. We are thrust into a world, dropped in as if from a plane with no parachute, and expected to watch and not ask questions. Men do things that make us wonder “why?” There are no motivations for any of the characters. Evil comes and we know it when it arrives, but there’s nobody and nothing to stop it. We wait for the good-hearted hero to step up, but instead he gives up and walks away. We are not sure if he even admits defeat.

There is a chill that runs through this film, a blanket of evil from first frame to last. There is an emptiness in the world painted here, and there is no humor. Humor is such a Coen trademark, in every film, even the dramas, that the clear absence of it here speaks so loudly to the film’s themes of inevitability and evil triumphing over good.

And then there’s the ending…..

And the irony of it is, the brothers are enjoying the best reviews of their career since Fargo, and it’s the front-runner to win the Oscar for Best Picture. There’s nothing like inspiration to motivate.

All this being said, what do I think of No Country For Old Men as a film? Speaking both as a fan of film and as a fan of the Coens, I was disappointed. The film is slow and the characters lack motivation, so it is difficult to get involved. There are huge gaps in the story, answers to questions that never come, which bring frustration, but mostly, the film grinds to a screeching halt about twenty minutes before the end. The film is a moral tale and the philosophizing comes at you all at once, which bogs the film down.

BUT, it is still a Coen Brothers film, which makes it superior to 90% of all films made. It still has SUPERIOR cinematography and art direction. I still and always believe the mood created in a Coen Brothers film is second-to-none. If you don’t feel you are IN rural Texas when you’re watching this film, then there’s something wrong with you. Their film-making style is stark, simple and a pure joy to experience, every time. Their shots are at times breathtaking and their use of shadow and light are genius.

Normally, exceptional acting is a staple of a Coen Brothers film. It surprises me to say that the acting in this film is not exceptional. Javier Bardem plays a vicious killer with a philosophical bent, and he delivers a fine performance, but it is quiet and one-dimensional. Tommy Lee Jones, who plays the sheriff, doesn’t do anything I haven’t seen before. Josh Brolin, the man in the middle and the “star” of the film, is the one surprise here, simply because I wasn’t expecting this kind of performance out of him, but he’s not given much to sink his teeth into. This is just not an actors’ film.

In fact, I’m still not sure what exactly this film is, except a wasteland of death and depression. The Coens may have purged their Fargo ghost, but I hope they find their smile again soon.