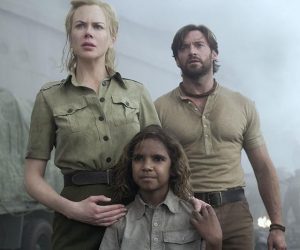 Some directors are painters and some are photographers. Tim Burton, for example, is a painter. He uses his canvas and paints with colorful, distinctive strokes. You always know a Tim Burton movie. It’s the same with Quentin Tarantino, who paints bold, staccato, edgy and violent films. Many other directors have distinctive styles as well, like Martin Scorsese, the Coen brothers, Robert Altman, the Wachowski brothers, David Fincher, and Terry Gilliam, just to name a few. You usually know you’re watching one of their films because they have a distinctive look, feel, atmosphere or overall cinematic vision that is unique to that director. I call these directors the painters.

Then there are the photographers. These directors are the ones who are able to make each picture different and are able to separate themselves, for the most part, from the film. They make a variety of types of films and while there may be themes or devices that you can trace through their catalog, the style of film-making varies from film to film, as each film stands alone. Examples of such filmmakers are Steven Spielberg, Clint Eastwood, Ang Lee, Ron Howard, Ridley Scott and Steven Soderbergh. I call these directors the photographers.

I will never say which type of director I think is better, but I do think there are fewer painters out there. And they tend to be a more interesting bunch. If you look at the names I mentioned, they tend to be the more envelope-pushing, independent-thinking, boundary-pushing types, who dance to the beat of their own drum. And oftentimes their eclectic and outside-of-the-box ways of looking at the world get translated onto the screen and we become the lucky recipients of some magnificent art.

But when you push the envelope, that also means you push the limits of what your audience can handle. And even the painter must always know the golden rule: no matter how stylish you think you are, it’s always only about the audience. If you lose sight of that, it’s over.

Baz Luhrmann is a painter. And his style is absurdist. He was successful with this style with his huge hit back in 2001, Moulin Rouge. Now, even though I didn’t particularly like Moulin Rouge, I will say that Luhrmann’s style fit for that film. A musical, its fairy tale/fantastical story and setting fit perfectly for the absurdist and over-the-top campy flair that Luhrmann injected. It was passionate, flashy, bawdy, kitschy, manic and downright slap-happy. But it worked. Luhrmann found his niche. Nobody else in Hollywood was making that kind of movie. Nobody else would dare try. I guess he figured, if it worked once, why not try it again.

So, what will it be, Baz? Another musical? That would work.

Or how about a romantic comedy? Something light where you could maximize your campy silliness? That would give the audience what they want.

“No, no” it seems he said,……”instead, let’s try a dramatic, romantic, historical epic set during World War II that tells of the Aborigine ‘stolen generation’ of children who were taken from their mothers because they were ‘half breeds’ and let’s try to make a political and moral statement.”

Ladies and gentlemen, I give you Australia, Baz Luhrmann’s sweeping epic about an entire continent, an entire culture, an entire race of people, told with a wink and a smile. It’s not a comedy, but you feel like laughing out loud so many times, you could swear it is. Well, maybe it is. I don’t even think it knows what it is. One moment it plays like a classic Bogart & Hepburn romance, the next it’s a morality tale, the next it’s an historical epic, the next it’s a cornball comedy. But throughout this train wreck of a film is Baz Luhrmann, seeping into every frame, making his presence felt in every possible way. Every shot, every line, every angle, every swell of music has his fingerprints all over it. Luhrmann (who also co-wrote the screenplay) is so enamored with his own kitschy, cheesy style that he is determined to ruin this film from the first scene for the sake of his vision. There is not a single moment that is about delivering something to the audience. This movie is all about the director. And it is all wrong.

The performances of Hugh Jackman and Nicole Kidman are so mercilessly contrived and contorted, you barely recognize them. Kidman is so robotic she looks almost plastic throughout the film. I actually found myself wondering “what IS she doing?” And the talented Jackman is left to be nothing but eye candy in tight jeans, with tousled hair and a torn shirt. Is this a movie or the cover of a dime-store romance novel?

And it just gets worse from there. We are tortured throughout the film by a child who is more annoying than Jar-Jar Binks, and dialogue that could have been written by a five year-old. There are disastrous CGI effects, a villain who does nothing but squint and twirl his imaginary moustache, and characters who are more like cartoons than people. Perhaps worst of all is the audience must suffer through 2 hours and 45 minutes of one of the most cheesy, convoluted, contrived, unimaginative, one-dimensional and self-adoring films I have seen in a long time. It’s one thing when it feels like the director is winking at you throughout a film, it’s another thing when you are forced to sit through it for 2 hours and 45 minutes.

I could go on and on, but there really is no point. Australia is bad. Period. I said to a friend after the movie that I needed to go watch Muriel’s Wedding and Priscilla, Queen of the Desert again just to wash the bad taste of the real Australia out of my mouth. I wonder what will make the pain in my eyeballs go away. Two hours and 45 minutes of poking them really took its toll.