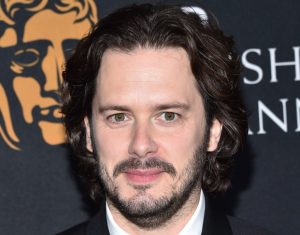 Who knew 2021 would be the Year of the Sparks? The band commonly referred to as “your favorite band’s favorite band”—the cult band who only the cool kids have loved over the years–is having quite a year, bringing them more exposure and fame than they have had in their previous 50+ years of existence, and may I just say—it’s about time.

Sparks, who are brothers Ron and Russell Mael, have been making music and influencing generations of musicians and artists for five decades, and this year marks the release of their first musical film, Annette, starring Adam Driver and Marion Cotillard, which took the Cannes Film Festival by storm. But it is the documentary The Sparks Brothers, which premiered at Sundance Film Festival earlier this year and is now out on DVD and Blu-ray, that really shines a spotlight on the groundbreaking duo. 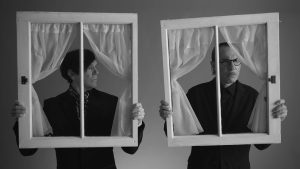 Many others wanted to make a Sparks documentary over the years, but it was only when director Edgar Wright came along that the brothers Mael agreed to let their story be told on screen. Wright, whose vibrant and energetic filmography includes such titles as Baby Driver, Shaun of the Dead, Scott Pilgrim vs the World and The World’s End, brings his kinetic, colorful, irreverent and pop music-influenced style to the documentary genre and blows it up, blending animation, found footage, archival footage and a gaggle of legendary musicians and celebrities to tell Sparks’ story, to sing their praises and to pay homage to the best band you’ve never heard of. The documentary is as entertaining as Sparks’ music, with a fast-paced narrative and hidden depth lurking behind its catchy, poppy, satirical face. You won’t see a more entertaining documentary this year, or maybe any year.

I had the opportunity to talk with Wright about The Sparks Brothers as well as Sparks the band, and we discussed many things, including why the Maels chose him to tell their story, why Wright thinks the Maels would decline an invitation to join the Rock and Roll Hall of Fame, and how Sparks is even more impressive than his favorite band, The Rolling Stones.

Catherine Springer: What surprised you most when you dug deeper into Sparks–something you were totally not expecting when you were preparing for this project?

Edgar Wright: I had a kind of knowledge of most of the things that are in the documentary, but going deeper into things, you know, things like the Jacques Tati story, which is something that almost feels like an April Fool’s Day joke–wait, Sparks were going to do a movie with Jacques Tati?! Also, some of the early archival stuff that they provided that hadn’t really been seen, like Russell as a high school quarterback, or Ron on the baseball team. Oh, I’ll tell you what was a real revelation, ok. It’s when I saw Russell’s student film, a French New Wave spoof, which is in the movie, and it had never been seen since his UCLA days. And when I watched it, the thing that staggered me about it is I had made almost exactly the same film when I was at art college. And I said, “Russell, this is really weird, but I made a very similar movie when I was at art college!” [laughs]

It’s that funny thing, I wanted to make the movie in the tone of Sparks, so it was kind of like playful and funny in the way that they are, and, having gotten to know them in the last four or five years, I think, oh we’ve got a similar sense of humor. But then you start to think, wait, I’ve been a fan for so long, is it more that they helped me formulate my sense of humor? So, there were those aspects to it in a way where I realized that, you know, I became friends with them because we sort of liked a lot of the same things, but then I just started to wonder, did they help me refine my taste in music and comedy?

Interestingly enough, one of the things that I asked them before we started making the movie was, just for me, “Would you put together a playlist of all of the things that you liked before Sparks existed?” And so they made me this 80-track playlist, and it was astonishing, because obviously they’re a very unique band, but within the songs you could sort of see the DNA of lots of different things they liked. And there were things on there that were really surprising to me and then, when I saw occasional songs that I really loved, I said, “No wonder we’re friends!” [laughs] “You like The Intro & The Outro by The Bonzo Dog Doo Dah Band too, that’s one of my favorite songs!” So, I was so thrilled to get that playlist and it’s something I felt like, oh this is just for me. We did actually use a couple of the songs in the film.

CS: What do you think is the most cinematic element of Sparks’ music? And do you think Sparks has influenced your work in any way?

EW: It’s a great kind of full circle that they had Annette out this year because their work is very visual, as in a lot of their songs feel like little operettas. And when you’re listening to them, it immediately conjures up visuals. I’ve never used Sparks in a movie, mainly because their songs can’t be wallpaper, because they’re so diverting. In fact, I know this for sure because at one point I was trying to use a Sparks song in Hot Fuzz. And I thought, oh this song would work really good in the scene, and then I edited it to the Sparks song, and whenever it came on, I found myself listening to Sparks rather than watching the scene! [laughs]. So I said, Sparks have got to go! But it’s a testament to how commanding the songs are.

As for how has it influenced me, I guess it’s that thing where, like the best of music, when you listen to it, their stories or their point of view or perspective is evocative of imagery. It wasn’t a surprise to find out that Russell had been an aspiring filmmaker, or that both of them were film nuts because that’s very clear from the music that they do feel like these, if not soundtracks for movies, then scenes from movies, you know?

CS: Did they happen to confess to you what their favorite of your films is?

EW: I don’t know, actually! I know they really like Scott Pilgrim. I think they like all of them but I know that there was something about that one, maybe the kind of pop art nature of that film really spoke to them.

CS: Sparks has been eligible for the Rock and Roll Hall of Fame since 1997 but haven’t yet gotten in. There’s nobody more deserving, why do you think they haven’t gotten in yet?

EW: Well, it’s interesting, I mean, you should ask them this question, but I don’t know if they would even accept the honor. The thing is, the only qualm they had about doing the documentary—they’d said no to previous directors, which I didn’t know before I asked them, but they liked the idea of doing one with me because they like my films, so they said, we’ll do it with you. But their only qualm was, they said, “The only thing with a documentary is we don’t want it to be an obituary because we’re still an ongoing band.” I think it is similar to the Rock and Roll Hall of Fame. I don’t want to speak for them, but I think they feel a similar way that somehow that honor is like a full stop. And I think Sparks just want to carry on forever. [laughs]

CS: As they should! Do you think they would have liked to have gotten to a U2 level of success, or do they prefer to be the sort of cult favorite, the best-kept secret in music?

EW: Maybe one of the reasons that their output is so strong and so endlessly inventive is that they’re always looking forward. The thing, when you get really big, is, obviously, you could get complacent because there’s a point where, this is what works and this is what we’ll continue to do. And because Sparks have, I guess in a weird way, their level of success and their fluctuating success—although I think it’s been more on an even keel in this century where in fact, if anything, they are one of those rare bands who started in the 70s whose fan base is getting bigger. But I think nearly there at many points, and sometimes having proper success, it’s kept them hungry and interested in the form. In a way, massive success can be a curse to other bands. I love the Rolling Stones, but it feels like The Rolling Stones have been doing a greatest hits set since 1981. And I love the Stones, but it is that thing where I can think, do they love it anymore? Are they interested in making new music? I think Sparks, in a way, like being hungry and like being engaged in doing what they do, and that’s interesting to me. I think if you said to them, back in the mid-70s, would you like stadium-level success now or would you like people to still be talking about you and discovering you and have a documentary and a musical out in 2021, I think they probably choose the latter, you know? I think fans seem more bitter and aggrieved on their behalf than they do.

EW: And it’s a good way to be. The key thing, and this is in the documentary, is that they just love being Sparks.

The Sparks Brothers premiered at the 2021 Sundance Film Festival and was released by Focus Features on June 21, 2021. It is currently available to rent or buy wherever you stream movies.

Interview has been edited for brevity and clarity.

Images courtesy of Shutterstock and the Sundance Institute