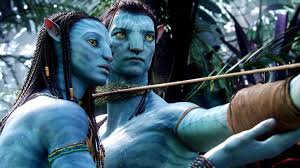 I’m not going to insult your intelligence and assume that you’ve been waiting for this review to decide whether to go see Avatar or not. You have probably already made up your mind, either based on the inordinate amount of hype, critical acclaim and/or attention it’s getting, to go see it, or, for the same reasons, to stay far away. I, however, was torn. I was excited at the idea of seeing some groundbreaking special effects and the use of 3-D technology in ways that weren’t cheesy or rudimentary, but, at the same time, I was extremely loathe to sit through another James Cameron epic, the last one being Titanic, another film lauded for its effects but painfully suffered from dialogue so hammy that pigs were flying out of the screen.

But, as a lover of cinema, and as an embracer of all the medium can be, I went in with eyes and mind open, ready to welcome back the Cameron that I remember from the days of the Terminator: the one whose imagination was as big as his vision, the one who could tell a story as well as he could show an action sequence. And I went in ready to experience something in the movie theatre that I had never experienced before and to see visual effects that would blow me away.

Two out of three ain’t bad.

The reviews of Avatar have been stunning, this is true. Critics have been falling all over themselves for this film. But you have to remember who critics basically are: they are movie lovers. And when they see something new and different, something truly groundbreaking and inspirational for the medium that they love so much, they are bound to embrace it and encourage it.

To that end, take a look at a sampling of the reviews for Avatar:

“I have seen the future of movies, and it is Avatar.” -Tom Long, Detroit News

“The narrative would be ho-hum without the spectacle. But what a spectacle!”
-David Edelstein, New York Magazine

“It extends the possibilities of what movies can do.” -Peter Travers, Rolling Stone

Notice something missing in all these comments? The same thing that’s missing in Avatar: a decent story.

There’s no getting around it, Avatar as a narrative film stinks. But, as a spectacle, it soars. As long as you know that, then you’re safe to make up your own mind.

However, if you do decide to see Avatar, you must see it in the way in which it was intended. Avatar is the future of film technology—the future of film visual effects—and it utilizes 3-D technology as never before, so it MUST be seen in 3-D. James Cameron is not an artist anymore, he is a technician. He spent every second making this film focused on the look, not the depth. So, if you don’t maximize the experience and see it the way it was meant to be seen, then you have truly wasted your money.

So, once you have settled in with those plastic glasses on your face, sit back and be taken in. Just ignore the holes in the “plot” through which you could drive a truck. Ignore the corny lines and the clichéd characters. Just let it go. I’m telling you now, you will have to let it go. Because the only way to experience this film is with your eyes. But if you do that, it will be worth every penny.

Avatar, in 3-D, truly is unlike anything you’ve ever seen before. It is the future of movies, much like Star Wars or Jaws were back in their time. The 3-D technology, combined with the special effects are so striking and effective that it makes me excited for what the future holds, for when this technology is used by a director who actually has an imagination. It was ironic that the same night I saw Avatar in the theatre, The Matrix was showing on television and it made me ache to imagine what The Matrix would have been like in 3-D. Or last year’s genius film, WALL-E. Oh, to have this technology in the hands of true artists like the Wachowski Brothers or the folks over at Pixar (Toy Story 3 in 3-D is coming out later this year). The future of cinema certainly is bright.

For now, however, there is no denying that James Cameron did it first. I suppose we must give him that. Let’s just hope the door he’s opened lets in some much better movies than this first one.