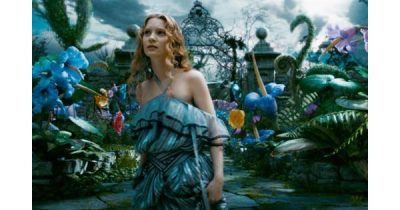 Movies used to be silent. Then The Jazz Singer came along and, ever since, we’ve heard the actors on screen. Movies used to be black and white, but The Wizard of Oz and Gone With the Wind changed that. And there was no such thing as a “summer movie blockbuster” or even blockbusters at all until a little movie called Jaws changed movie marketing forever.

And now, thanks to Avatar, we’re at the beginning of the 3D revolution. As if you don’t already know, everything that can be will be made in or turned into 3D to placate this new got-to-have-it technology. And if a movie doesn’t have it, it’s considered “old school,” or, to be more blunt, left behind.

But is this a good thing? Should every filmmaker jump on a bandwagon just because it’s the newest sensation? Aren’t movies still about telling good stories with good acting and strong screenplays? Aren’t those the things that still should and do matter most? Even Avatar, for all its groundbreaking effects and technological wonders, fell pathetically short on the narrative front and might have been a bounty for the senses, but left much to be desired for the heart, mind and soul. What, really, is the point, if we sacrifice content for style?

Ah, but, wait. There is the flip side. Not all directors are James Cameron. And this technology is available to them too. There are directors who have visions of creating films with story, with heart, with soul and with structure who may also make use of this visual wonder that is now at their disposal. The day I am truly looking forward to is the day when it all comes together: when the visuals of Avatar blend with the mind, heart and soul of Wall-E. Now, THAT will be a moment in film history.

Until then, we watch the evolution of 3D. And the first step in that evolution is granting the technology to filmmakers who are true artists, such as Tim Burton. When the 3D technology can be laid over a film that has been already made by a visual storyteller, as Burton is, it only enhances the film, and we can embrace the medium to its fullest.

Alice in Wonderland was not filmed in 3D, the 3D effects were added in post-production, but it doesn’t detract from it. The movie is still all Burton and that means all whimsy, all style and fantastically fun. While I still have visions of Beetlejuice in my head, thinking that was the quintessential Tim Burton film, I have to concede that Alice in Wonderland might actually be the film Tim Burton was meant to make. Certainly not as dark as we have come to expect from him (Sweeney Todd, Sleepy Hollow), its sensibility is 100% Burton—colorful, hypnotic and circus-like.

This is Alice in Wonderland, after all. And what better place for Burton’s acid trip of an imagination. Down the rabbit hole, it is a world inhabited by odd creatures, odd, exotic foliage, misshapen figures speaking in strange tongues. Talking animals is really the least of our heroine’s worries in this bizarre world, where cheshire cats vanish and appear before her eyes, she shrinks and grows depending on which treat she eats or potion she drinks, and a nutty character babbles on about how she must slay a dragon in order to set the land free from the tyrannical rule of the evil Red Queen. (And yes, it all looks great in 3D.)

Nothing really makes much sense to Alice in this wonderful-to-look-at film, and it doesn’t really much to us either, but, really, does it matter? We get the gist of it—Alice is “the One”—Wonderland’s Neo, if you will—who must slay the dragon and free the land from the baddie’s grip. Of course she doesn’t want to, doesn’t think she can, blah blah blah, but ends up growing fond of all the wacky and wonderful woodland creatures. And she discovers her own sense of self along the way. What a nice and wonderful little tale to tell. If only, as I said, it mattered one little bit. It just doesn’t matter what story Alice in Wonderland is telling, because it’s all about the look. This movie is GORGEOUS. And it’s not just a pretty gorgeous, it’s a Tim Burton gorgeous, which means it’s clever. It’s clever everywhere. Burton’s use of color and movement—something is always moving, somewhere—is staggering. It is truly a whirlwind for the eye and you struggle to take it all in. It is a shame the 3D was laid in after….I can only imagine how it would look if it was originally made using the technology.

I can only similarly imagine how much more of an experience the movie would have been if I had actually liked Alice! But unfortunately, relative newcomer Mia Wasikowska, who plays our heroine, has the acting range of a piece of cardboard, and her one facial expression totally detracts from the brilliance that surrounds her. Thankfully, she is surrounded by actors who are able to fill in her black hole of nothingness with a whole lot of color. Johnny Depp is his usual brilliant self as the Mad Hatter, even if he does go around the bend with his accent a few times, and Helena Bonham Carter is absolutely delicious as the decadently devilish Red Queen. Equally brilliant are the cast of voiceover actors, the magnificently elegant Stephen Fry as the Cheshire Cat, the adorable Michael Sheen as White Rabbit and the what-else-can-you-say-but-perfect Alan Rickman as Blue Caterpillar. I was disappointed, however, with Anne Hathaway’s simple turn as the White Queen, but it’s harmless enough. But Wasikowska’s personality-free Alice is such a downer that I almost found myself rooting for the dragon.

But, even so, Alice in Wonderland’s visuals are the real stars here and they should earn your trip to the theatre—and 3D is worth it. If you are in any way, shape or form a fan of Tim Burton or a fan of fantasy, animation, the circus, or really good drugs, this is the perfect movie for you. And if it is a sign of more things to come, I guess I can stop hating James Cameron now.