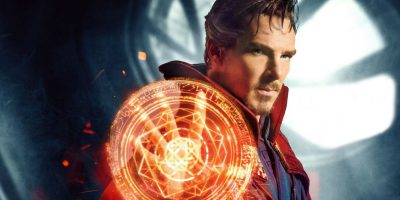 And….here we go again. This is the age of superhero/comic book movies and there seems to be no end in sight. I, quite frankly, have lost my taste for “reviewing” these movies, not only because I feel like I’m saying the same thing each time, but also because the movies themselves are losing their appeal for me. I’ve grown cynical and bored, so I’ll make you this promise now: I will keep going to see them, but I’ll only write about them if I see one that offers something different, something unique and/or truly entertaining—and, thusly, truly worth your while. Until then, I’m out.

For the record though, I did see Doctor Strange. In case you are interested in my two cents about it, I’ll give you these two pennies: I had never heard of Doctor Strange before, so I had no preconceived emotions or expectations going in, so the experience of the movie was left strictly on the film’s merits, which, for me, were few. Benedict Cumberbatch is a great actor, but he wasn’t effective in the lead role. The movie seemed to exist purely for the special effects wizardry and I have to say, that’s pretty much all this movie has to offer. I found myself rolling my eyes more than once, prompting my companion to lean over and whisper, “it’s a comic book movie, just go with it.” Well, I tried. I was looking for some escapist entertainment after a long, brutal week in reality, and I’ll at least give it that. Doctor Strange sure is escapist. It’s fantastical and it’s eye-popping. But is it extremely silly and nonsensical too? Well, yes. So you are free to make up your own mind. And, for the record, if you do decide to go, I recommend the 3D. I normally don’t, but, for this movie, the effects were made just for it, so they probably would be really cool. It’s the one time I wished I had sprung for the extra $3.

Other than that, same old, same old. Wake me when superhero season is over.